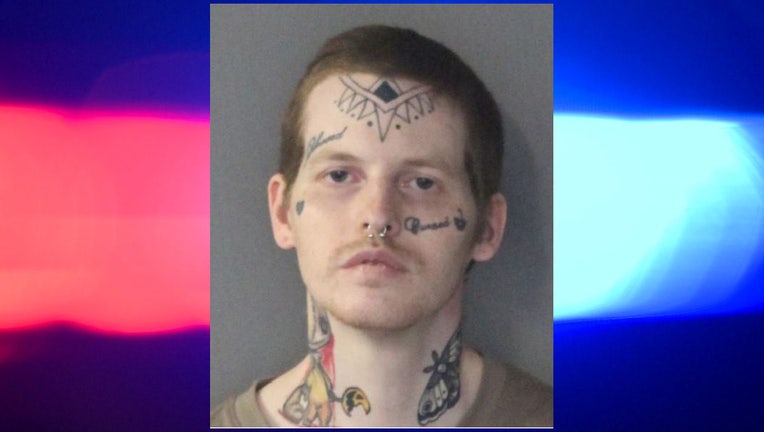 A man with distinctive tattoos was arrested shortly after robbing a Connecticut gas station.

The Connecticut State Police say it happened Monday in the town of Sharon.  A panic alarm was sounded at the Citgo Gas Station on Route 7 just before 1 p.m.

A male wearing all black had robbed the store and left in a dark blue, newer model Jeep Grand Cherokee.  It was unclear how much money was taken.

Police said that Marcus Awbrey, 31, of Cornwall, admitted to the robbery when questioned.

He was arrested with a $2,500 cash bond.  He was due back in court on June 20.  It was unclear if he had a lawyer who could speak on his behalf.