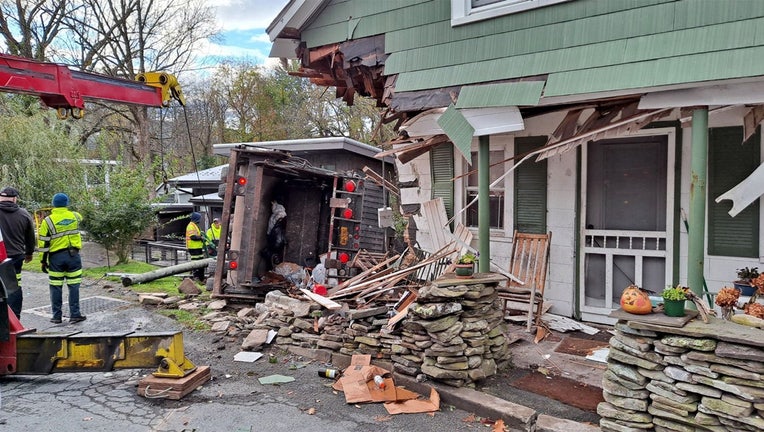 NEW YORK - An out-of-control garbage truck smashed into a Sullivan County home on Monday morning, causing a lot of damage to the structure.  A photo released by police showed a corner of the house destroyed.

The New York State Police say it happened at about 7 a.m. in the town of Callicoon.  Troopers say the truck smashed into a home in the area of Fremont St. and Railroad Ave.

The homeowner was inside the house when the truck hit but was not hurt.

Police say that 56-year-old Carmine Quagliariello, from the town of Liberty, was driving the truck when for unknown reasons was unable to stop and crashed into the home.  The truck tipped in the crash.  He suffered non-life-threatening injuries.

The accident was being investigated by the New York State Police Commercial Vehicle Unit.  There was no word on the cost of the damage to the home.