A Palmdale mother convicted of torturing and murdering her 8-year-old son, Gabriel Fernandez, has filed a petition to have her murder conviction vacated and be resentenced.

LOS ANGELES - A Palmdale mother convicted of torturing and murdering her 8-year-old son, Gabriel Fernandez, has filed a petition to have her murder conviction vacated and be resentenced.

Pearl Fernandez, now 37, filed a petition under California's Penal Code 1170.95. She is currently serving a life sentence without the possibility of parole. 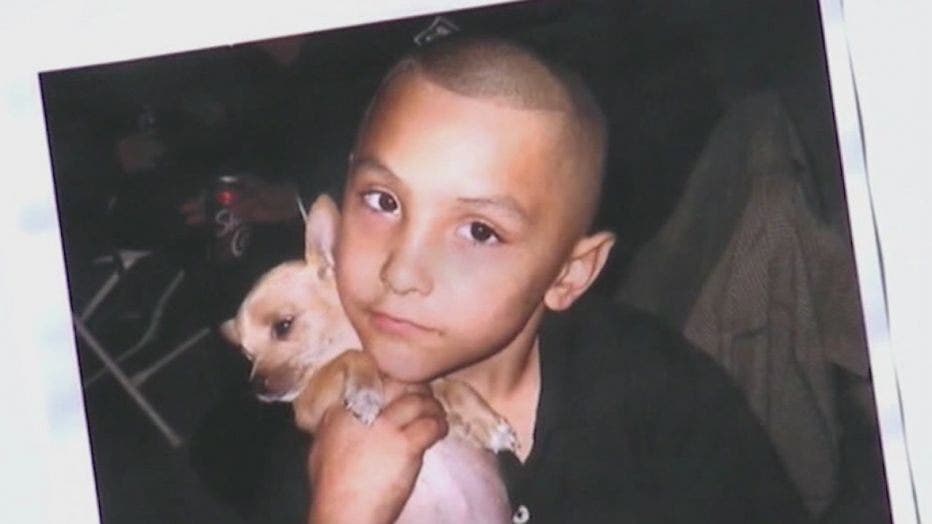 A hearing on the petition for re-sentencing is set for June 1 before Los Angeles Superior Court Judge George G. Lomeli.

Penal Code 1170.95 allows those convicted of murder under a natural and probable consequences theory to file for resentencing. In her petition, Fernandez declares changes made to Penal Codes 188/189 in 2019, which alter how malice is imputed on someone, that would possibly alter her murder conviction.

"Malice is implied when no considerable provocation appears, or when the circumstances attending the killing show an abandoned and malignant heart," the 2019 changes state.

"The policies and directives from my office and these new laws created by the legislature are emboldening murderers of children to apply to be resentenced," said Jonathan Hatami, the Los Angeles prosecutor who handled the case. "Families now have to relive the horror."

Pearl Fernandez was convicted in 2018 and sentenced to life in prison without parole after pleading guilty to first-degree murder and admitting the torture allegation.

Isauro Aguirre -- the boyfriend of the child's mother -- was sentenced to death in June 2018. He was convicted of first-degree murder, and jurors found true the special circumstance allegation of murder involving the infliction of torture.

During Aguirre's trial, prosecutors told jurors that Gabriel Fernandez was routinely beaten, shot with a BB gun, forced to eat cat feces and sleep while gagged and bound inside a small cabinet.

Aguirre's attorney, Michael Sklar, contended that Pearl Fernandez was the one who hit the boy with a belt, shot him with a BB gun and was responsible for much of the abuse prior to his death.

Los Angeles County Fire Department personnel went to the family's home in the 200 block of East Avenue Q-10 in Palmdale on May 22, 2013, in response to a call that Gabriel was not breathing. He was declared brain-dead that day and taken off life support two days later.

An autopsy showed that the boy had a fractured skull, several broken ribs and burns over much of his body.

His teacher testified that she called Los Angeles County social workers multiple times to report that Gabriel told her that his mother punched him and shot him in the face with a BB gun. Four social workers were initially charged for failing to protect the boy, but those charges were dropped in July 2020.

The case was featured in the Netflix documentary "The Trials of Gabriel Fernandez."