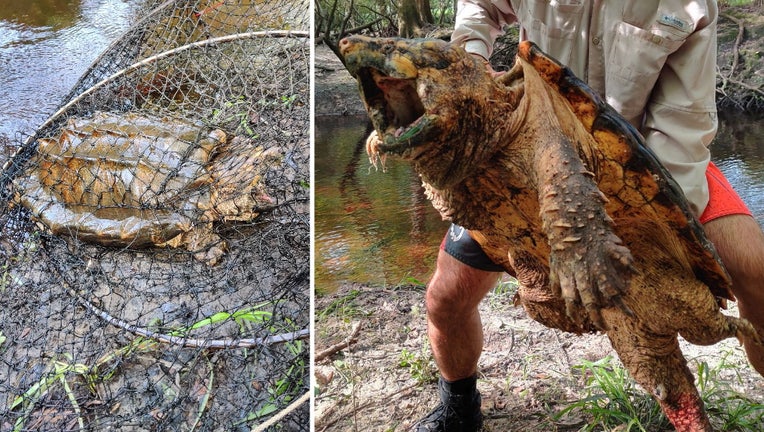 FWC said researchers were checking traps when they found the 100-pound male Suwannee alligator snapping turtle in the New River.

"This is a new species that FWC helped describe in 2014," FWC's Fish and Wildlife Research Institute posted.

"The New River is a blackwater stream with low biological productivity, so finding a large turtle in such a small stream is unusual," FWC noted.

Along with the large male turtle, the researchers also caught a 46-pound female, while another trap had a 64-pound male. They estimate the turtles are 40 to 80 years old.

FWC says it is collaborating with researchers in Florida and Georgia to document the species, which is considered threatened.

After collecting data and photos, the turtles were released where they had been initially trapped.