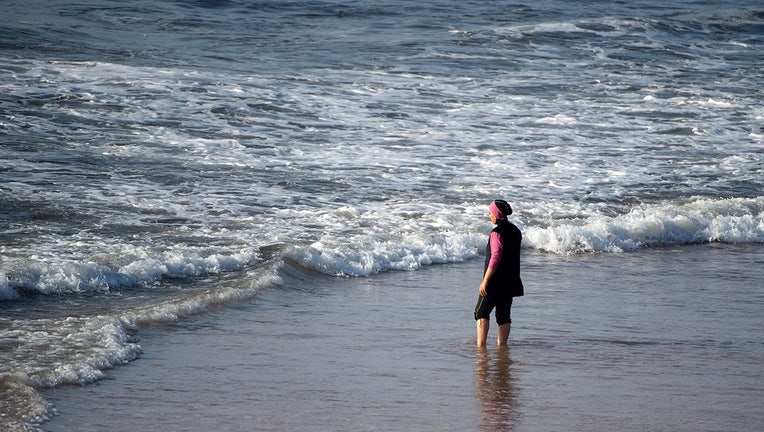 While worn by only a small number of people in France, the head-to-ankle burkini draws intense political debate in the country.  France is both exceptionally secular and unusually fearful of Islamic extremism following a truck attack in Nice that killed 86 people and slaying of a Catholic priest during Mass in Normandy, both claimed by the Islamic State group.

Interior Minister Gerald Darmanin hailed the ruling by the Council of State as a "victory for secularism." Some Muslim women decried it as unfairly targeting their faith and their bodies, and based on outdated misconceptions about Islam.

The city of Grenoble, led by a mayor from the Greens party, voted last month to allow women to wear burkinis in public pools after campaigning by local activists. The city also voted to allow women to swim topless, as part of a broader relaxation of swimwear rules.

The prefect, or top government official, for the Grenoble region blocked the burkini decision, arguing it ran counter to France’s secular principles.

The Council of State upheld the prefect's move Tuesday, saying in a statement that the Grenoble vote was made "to satisfy a religious demand" and "harms the neutrality of public services."

The ruling was the first under a controversial law, championed by President Emmanuel Macron, aimed at protecting "republican values" from what his government calls the threat of religious extremism.

Clothing rules in public pools in France are strict, for what authorities say are reasons of hygiene: caps are required, and baggy swim trunks or other voluminous clothing is generally banned. Wetsuits are not allowed in many pools too, as are some sun-protection suits.

While the burkini's defenders have argued that the wearing of the garment has nothing to do with promoting bloodshed, mayors have countered that wearing the outfits could undermine public order by make other beachgoers angry or afraid.

An Australian woman of Lebanese origin created a swimsuit for Muslim women designed to permit them to keep their bodies covered while working as lifeguards on Australian beaches. Her design was dubbed the burkini or burqini.

They cover the head, torso and limbs. The word conflates the words bikini and burqa, a full-body covering with only a mesh screen for the eyes. Burqas are worn primarily in Afghanistan.

Burkinis are sold by major retailers in Britain. Elsewhere in Europe, burkinis are rare but no municipal bans exist.