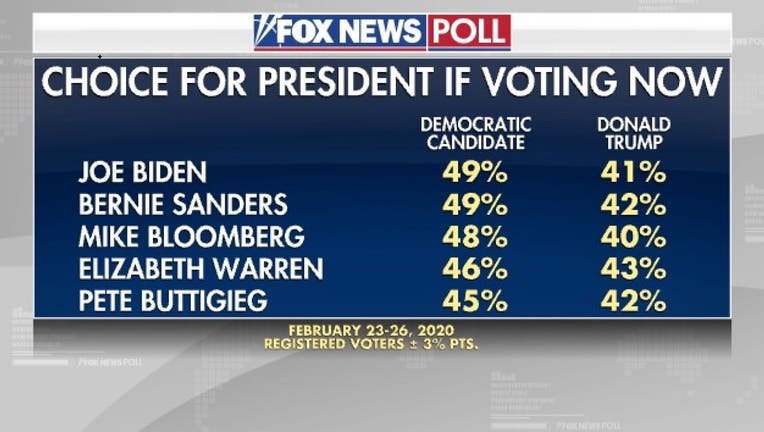 WASHINGTON, D.C. - A Fox News poll shows that the top four Democratic candidates would all beat President Donald Trump if the election were held now.

And Elizabeth Warren would beat Trump 46-43 percent, which was within the poll's 3 percent margin of error. (The poll was taken before Pete Buttigieg dropped out Sunday, but it also showed Buttigieg beating Trump 45-42 percent.)

The poll also showed that voters are supportive of Medicare for All (67 percent support, 23 percent opposed), with 42 percent supporting getting rid of private insurance.

The poll of registered voters was taken February 23-26, with a margin of error of plus/minus 3 percentage points.