10 people, including two children, were injured Thursday when a NYPD vehicle collided with another car, lost control and struck a crowd of pedestrians in the Bronx.

NEW YORK - Ten people, including two children and two NYPD officers were reportedly injured when a police squad car struck a crowd of people in the Longwood section of the Bronx on Thursday afternoon.  Two of the victims were reportedly in critical condition.

Officers were responding to a report of a car being stolen not far from the scene, and when the squad car approached the intersection of Hoe Avenue and Westchester Avenue, police say the officers crossed over the double yellow line as a gray Acura attempted to make a left turn.

The police car apparently clipped the front of the Acura and lost control, driving onto the sidewalk and striking six pedestrians.

Two of the injured are reportedly children, a 5-year-old who was on the sidewalk, and a 2-year-old in the Acura.

The two officers inside the police car were also injured, along with the adult driving the Acura.

All 10 victims were taken to Lincoln Hospital and are expected to recover.

An investigation into the crash was continuing. 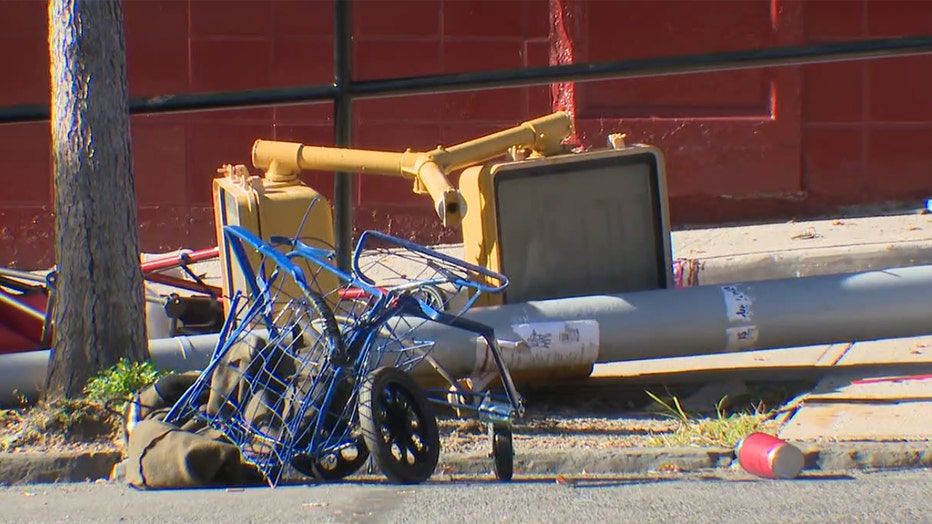 A vehicle struck several pedestrians in the Longwood section of the Bronx on Thursday, Oct. 6, 2022. (FOX 5 NY Photo)