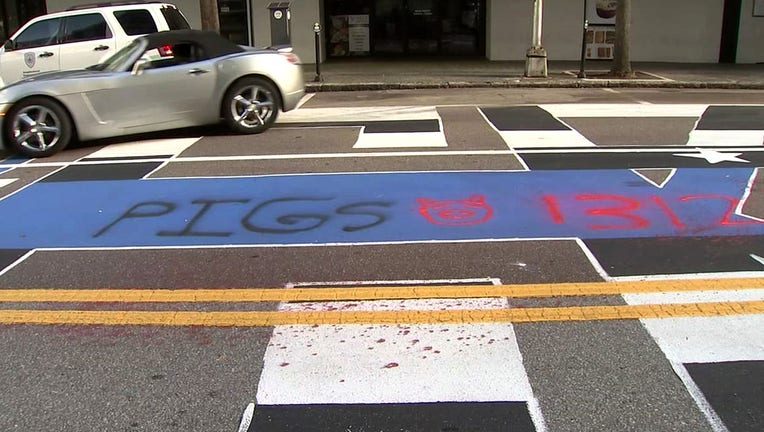 TAMPA, Fla. - Tampa police arrested four suspects -- three adults and one juvenile -- for spray-painting profanity and drawing pigs on the 'Back the Blue' mural in the downtown area. It's the third time within two weeks that the mural had been vandalized.

According to jail records, the three adults have Pasco County addresses: Gabaree from Land O' Lakes, Drummond from Zephyrhills and Raigoza from Wesley Chapel. 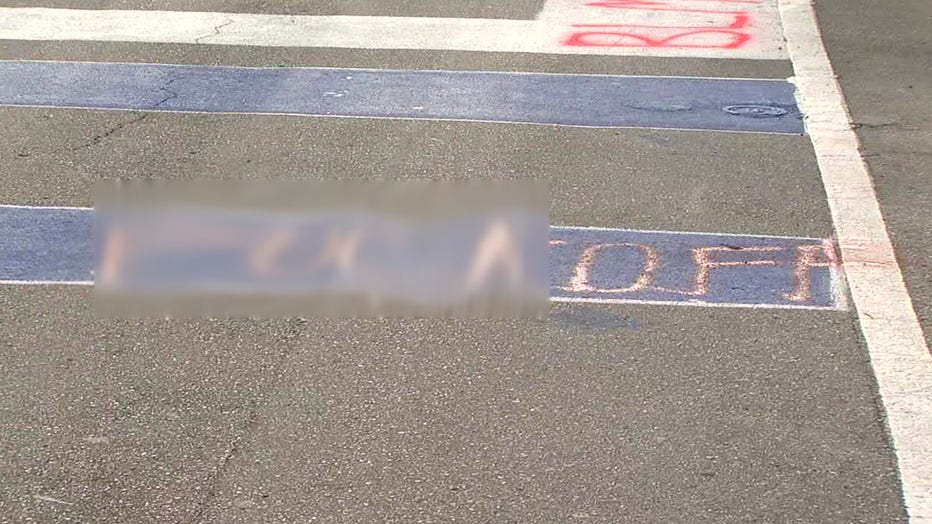 Just before 11 p.m. Tuesday, officers said they noticed the four suspects defacing the mural, located outside the police department's headquarters.
The younger suspect was given a notice to appear and released to their parents, while the three adult suspects were taken to jail. 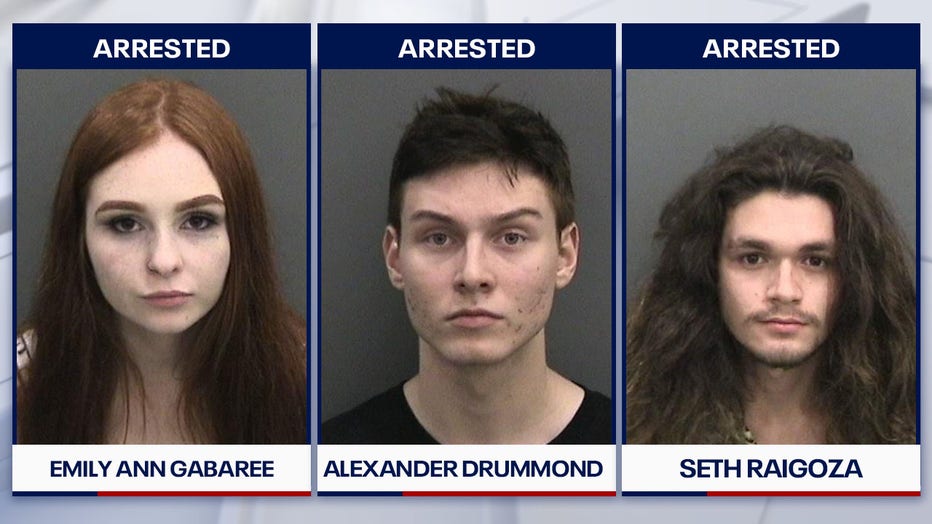 It's not the first time the 'Back the Blue' mural was vandalized. Just a few days after it was painted in early August, police said it was defaced by two separate people. The mural was splattered with red paint and tar.

PREVIOUS: 'Back the Blue' mural in Tampa vandalized by 2 separate people, city says

Officials have not arrested those individuals.

Police said it appears to have happened around 10 p.m. on August 4. Cameras caught a subject, wearing all black clothing and a black mask, getting out of the hatchback of a black vehicle. The subject poured what officials believe is tar on parts of the mural.

The vehicle was seen on camera circling the area of TPD headquarters beforehand.

RELATED: 'Back the Blue' mural painted outside Tampa police headquarters

Later, just after midnight, a second subject spray-painted an obscenity and "BLM" in red on a mesh, roll-up utility door on the north side of TPD's building. The person also poured red paint on the mural.

The mural was painted by a group of 40 people to help improve police morale, they said. Although it was completed, the permit to paint the mural wasn't approved by the city yet.