Valerie Cincinelli, a former NYPD cop accused in a murder-for-hire plot to kill her estranged husband has been sentenced to 48 months in prison.

NEW YORK - A former NYPD officer accused in a murder-for-hire plot was sentenced on Long Island Friday to 48 months in prison of which she had already served 30.

Valerie Cincinelli, 36, could be eligible for home confinement in six months.

In 2019, Cincinelli, the 12-year-veteran of the NYPD, asked a confidential FBI source to help her hire a hitman to kill her estranged husband and her boyfriend's teenage daughter for $7,000. 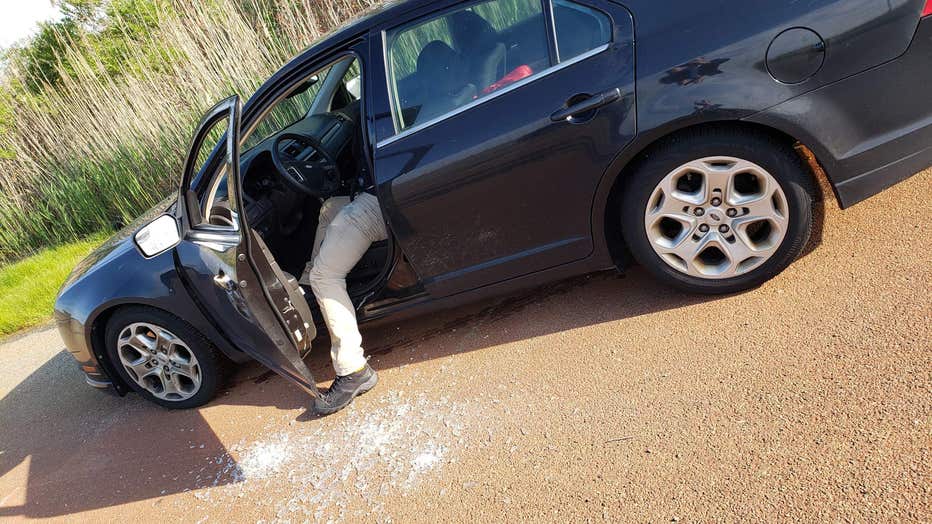 A staged photo entered into evidence at the sentencing of former NYPD officer Valerie Cincinelli. The photo depicts her "slain" estranged husband, who is actually in the photo. Credit: U.S. Attorney’s Office, Eastern District of New York

Earlier this year Cincinelli agreed to plea guilty to obstruction charges in exchange for prosecutors dropping murder-for-hire charges that carried a ten-year sentence.  She was accused of destroying two cellphones and the records they contained to block the investigation.

"The judge did what she needed to do," said attorney Dennis Lemke after Friday's sentencing.

After the plea deal earlier this year, Cincinelli, of Oceanside in Nassau County, said she was "truly sorry" for impeding the grand jury probe.

"I know that what I did was wrong," she said at the time.

The former cop could have been sentenced to five years behind bars.

"People talk all the time about it but to actually begin to carry it through. It could’ve been a much different situation if the right person wasn’t contacted that came forward to authorities and said listen here’s someone who’s taking out money and so forth," said Lemke.

Cincinelli's attorney, James Kousouros, had said his client was not the person prosecutors painted her out to be.