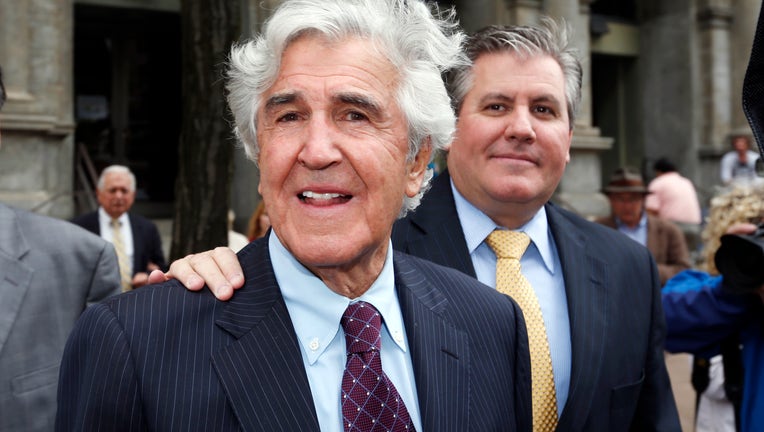 NEW YORK - Joseph Bruno, who rose from poverty to become one of New York's most powerful politicians as the Republican leader of the state Senate for more than a decade, died Tuesday night at age 91.

Bruno died at his Brunswick home across the Hudson River from the state Capitol, surrounded by family and his longtime companion Kay Stafford, according to information from Stafford's business, CMA Consulting. There was no cause of death provided. He had been battling cancer.

Bruno — with an earthy, gregarious personality and full head of silver hair — stood out in a Capitol full of politicians known for sticking to talking points. He was a crucial Republican ally of former Gov. George Pataki, helping usher in tax cuts and other conservative legislation.

Bruno ended his state Senate career in 2008 after three decades. In 2009, he was convicted of two corruption charges. He had them overturned on appeal and was acquitted at a second trial.

As Senate leader starting in the mid-1990s, Bruno was one of the “three men in a room” at the Capitol who helped set state policy and spending.

He was sometimes dismissed as a lightweight when he was a rank-and-file state senator representing the Troy area starting in 1977. Gov. Mario Cuomo, the current governor's father, would mockingly refer to him as the best-looking man in the Senate.

But he showed political cunning in swiftly lining up support for the Senate majority leader's job in a Thanksgiving weekend coup just after Pataki's election in 1994.

“He represented all of the qualities you could ask for in a leader: charm, smarts, toughness and an unabiding passion for getting things done - not just on behalf of the people in his district, but for all New Yorkers."

“He represented all of the qualities you could ask for in a leader: charm, smarts, toughness and an unabiding passion for getting things done - not just on behalf of the people in his district, but for all New Yorkers,” said state GOP chairman Nick Langworthy in a statement.

Bruno led the Senate for more than a decade, stepping down six months before he was initially indicted.

At his second federal trial in 2014, he was charged with two counts of mail fraud for allegedly receiving more than $400,000 from a businessman in exchange for help securing grants and influence. Bruno denied any wrongdoing, maintaining that the payments were for legitimate consulting work.

Bruno grew up poor in Glens Falls as one of eight kids in a home with an oil stove for heat. Miserable at school, he learned to box well enough that he won a boxing title when he served in the infantry during the Korean War.

He helped start a company that sold commercial telephone systems. The company’s sale in 1990 made him a wealthy man.

Bruno is survived by his four children. His wife died before him.