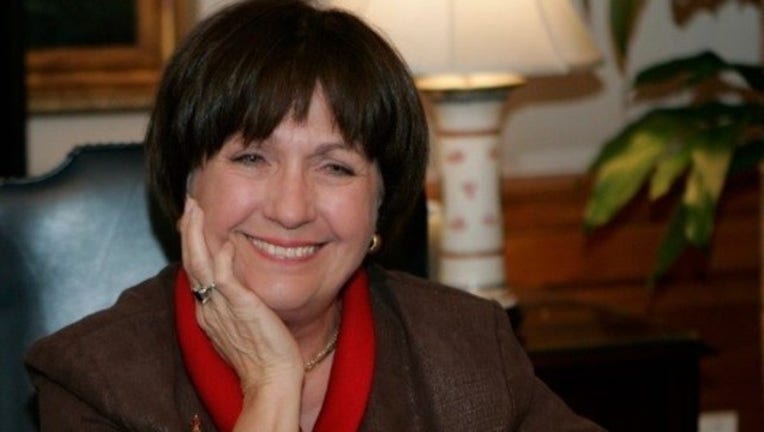 In this Dec. 18, 2007, file photo, Louisiana Gov. Kathleen Blanco conducts an interview in her office Baton Rouge, La. Louisiana officials are calling for prayers for Blanco, Wednesday, April 17, 2019, who has entered hospice care due to cancer.

The office of Gov. John Bel Edwards confirmed Blanco died Sunday. She was 76.

Blanco had battled a rare eye cancer successfully in 2011, but that later returned and spread to her liver.

Her death came more than a year after the Democrat who served in state government offices for more than two decades announced she was in a "fight for my own life, one that will be difficult to win."

Katrina stopped her plans to run for re-election.

She was panned as unprepared, overwhelmed and indecisive, though views of her performance have moderated since the 2005 storm.