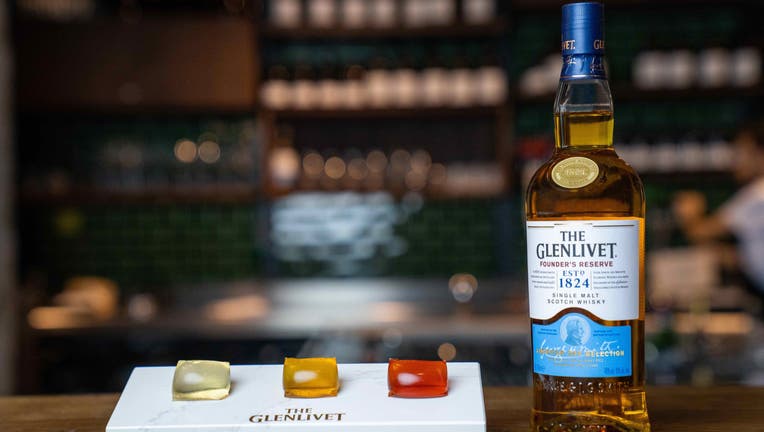 LONDON (FOX 5 Atlanta) - A new product by Glenlivet has got everyone on the internet talking. It's a whiskey you can really bite into.

The whiskey maker is rolling out a new take on a shot of whiskey – the whiskey pod. The new pods are found in a three-part "capsule collection."

The idea looks remarkably similar to a Tide Pod.

Forget Tide Pods, the new capsule taking over the internet is filled with whiskey.

The capsules are made from seaweed extract casings and are see-through.

It might be a while before people in the U.S. can get their hands on some though.

The company made them for London Cocktail Week and, for now, they're not available for U.S. consumption.