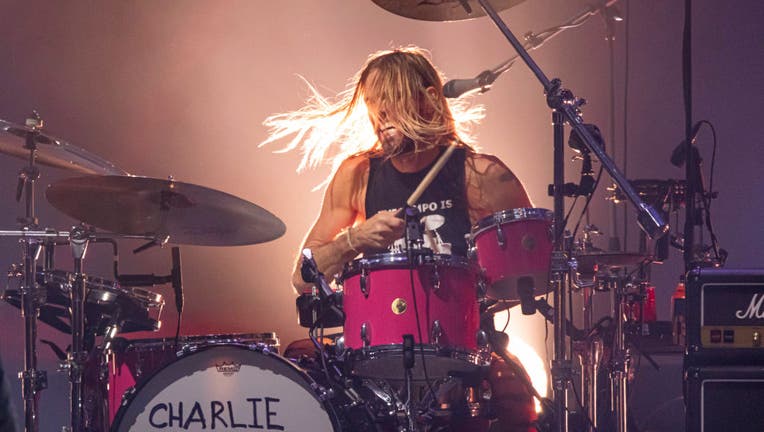 The band is collaborating with the Hawkins family for the two shows that are scheduled for September 3 in London at Wembley Stadium and September 27 at Inglewood’s newly named Kia Forum.

"As one of the most respected and beloved figures in modern music, Taylor’s monolithic talent and magnetic personality endeared him to millions of fans, peers, friends and fellow musical legends the world over," the band said in a statement on its website.

Foo Fighters drummer Taylor Hawkins has died at the age of 50.

The statement continued by saying, "Millions mourned his untimely passing on March 25, with passionate and sincere tributes coming from fans as well as musicians Taylor idolized. The Taylor Hawkins Tribute Concerts will unite several of those artists, the Hawkins family and of course his Foo Fighters brothers in celebration of Taylor’s memory and his legacy as a global rock icon—his bandmates and his inspirations playing the songs that he fell in love with, and the ones he brought to life."

In late March, officers were called to Hawkins’ hotel room at the Four Seasons Casa Medina hotel in Bogotá, Colombia hours before the band was set to perform. Medical personnel attempted lifesaving efforts, however, authorities declared him dead at the scene. He was 50.

The band’s website said Hawkins joined the Foo Fighters in 1997 and was a 15-time Grammy Award winner, as well as a member of the Rock and Roll Hall of Fame.

A full lineup for the tribute concerts and sale days have not been announced. Fans who are interesting in attending the shows are asked to sign up for the band’s newsletter.