NYC mom run over, stabbed in front of her kids by estranged husband

Police say a man ran over his estranged wife and then stabbed her in front of her children in Queens on Tuesday morning.

"The brutality of the attack, and the fact that it was committed in full view of the victim’s three young children, stirs heartbreak and outrage in all of us. My thoughts are with the children."

NEW YORK - A mother is in critical condition after her estranged husband allegedly intentionally mowed her down with an SUV and then stabbed her with a knife – all while their children were in the vehicle, according to Queens District Attorney Melinda Katz.

The incident happened Tuesday around 5:20 a.m. in front of the victim’s Flushing residence.

Stephen Giraldo, 36, of Jamaica, Queens, was arraigned Wednesday on a complaint charging him with second-degree attempted murder and endangering the welfare of a child, among other charges. 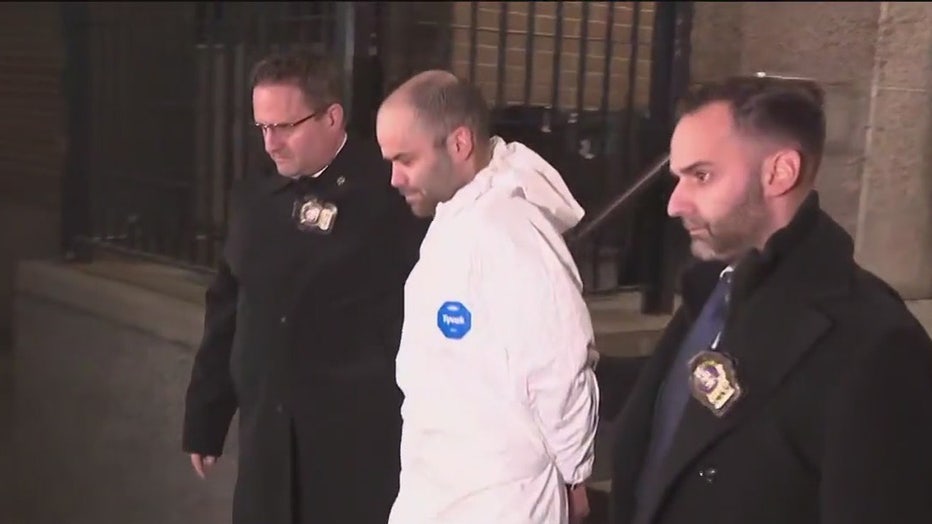 Stephen Giraldo, the man authorities say mowed down his wife with an SUV before stabbing her.

According to the complaint, video surveillance footage shows Giraldo enter a white Ford Explorer parked near the intersection of Parsons Boulevard and Sanford Avenue. The children, ages 11, 9 and 6, were seated in the car.

Stephen’s 41-year-old wife, Sophia Giraldo, walked in front of the vehicle. Stephen allegedly told the children to "keep your seat belt on" and accelerated, barreling the car directly into her.

"There's a special place for people like that, and it is heartbreaking to know he did that because she is a very, very nice woman," said Stephanie Reeth, a neighbor.

After colliding with her, the car turned onto its side. Stephen then allegedly crawled out the passenger side window of the vehicle and stabbed his wife with a knife. Stephen was at the scene when police arrived.

Sophia was taken to a hospital for treatment of her injuries, including severe neurological damage, broken bones in her leg and a stab wound that punctured her liver.

The children were not physically hurt.

Giraldo worked as an MTA bus driver, and has been suspended without pay pending the outcome of the investigation.

Investigators are working to figure out a potential motive.

The judge remanded Giraldo and ordered him to return to court Jan. 12. If convicted, he faces up to 25 years in prison.