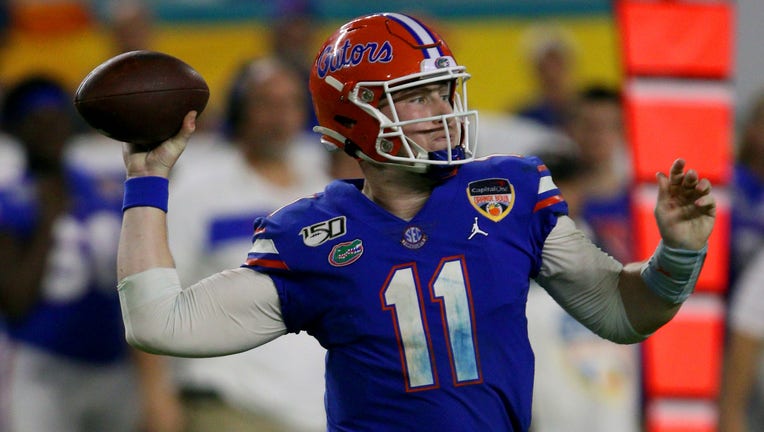 The Florida Gators and Ole Miss Rebels took a knee in a moment of solidarity before their game kicked off Saturday afternoon.

It was the first game for both teams since the SEC announced it would play a conference-only schedule for the 2020 season because of the coronavirus outbreak.

Gators and Rebels players and coaches followed in the footsteps of NFL players who have demonstrated before and during their games in an effort to protest against racial injustice and police brutality.

“As members of the Florida and Ole Miss teams, we recognize the impact of our personal platforms and are choosing to amplify issues that directly impact us,” the schools said in a joint statement.

“Together we have chosen to take the opening series of today’s competition to acknowledge the unrest in our country surrounding the treat of African Americans. We will continue to support and members of our respective communities.”

Demonstrations in the sports world have been expected in the wake of the Breonna Taylor indictment decision.

Former Louisville police Officer Brett Hankison was indicted on three counts of wanton endangerment in the first degree, a Jefferson County grand jury announced Wednesday. The other two officers at the focal point of the investigation avoided charges. No officer was charged directly in Taylor’s death.

MORE NEWS: What does Phase 3 mean for wearing masks in public in Florida?

The indictment was announced 194 days after Taylor, 26, died after officers initiated what was reported to be a no-knock warrant on her apartment during a drug investigation. They fired 20 rounds into the home, striking Taylor eight times. Authorities said they opened fire after Taylor's boyfriend, Kenneth Walker, started shooting at them.

Kentucky Attorney General Daniel Cameron said on Wednesday that the police officers knocked and announced themselves before breaching the door to Taylor's apartment.

Authorities found that the bullets fired by Hankison traveled into the neighboring apartment while three residents were home – a male, a pregnant female and a child, Cameron said at a news conference after the grand jury's announcement.

Hankinson faces up to five years on each of three counts if convicted, Cameron said.