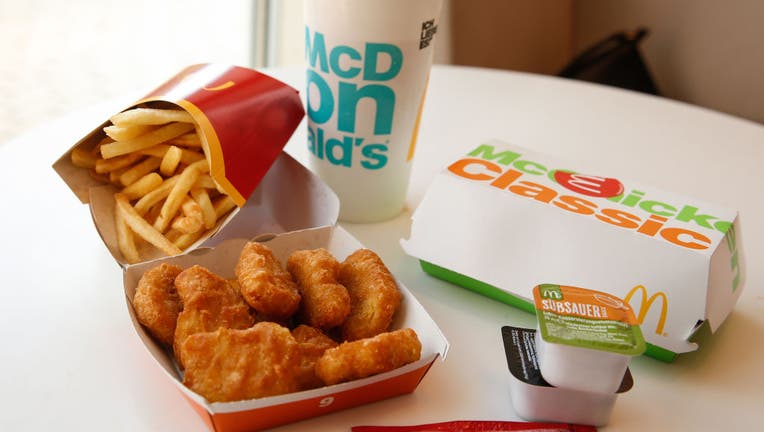 A cardboard box with Chicken McNuggets, McChicken Burger, a beverage cup with a soft drink, a bag with tomato ketchup and French fries. (Photo by Gerald Matzka/picture alliance via Getty Images)

This was a pretty unhappy meal.

A McDonald’s customer is suing the company after he says he was hurt biting into a Chicken McNugget. The man claims he cracked one of his teeth on a piece of bone inside one of the nuggets.

Alexei Stolfat is suing McDonald’s for $1.1 million and is calling for a recall of all McNuggets, the Sun-Sentinel reports. He ordered the food through Uber Eats from a West Palm Beach restaurant.

Stolfat says he felt pain in his mouth and suffered headaches for three days after biting into the bone. After going to the dentist, he reportedly discovered that his tooth was cracked in two places and would need surgery to replace it.

Though a rep for McDonald’s was not immediately available to offer further comment, a spokesperson for the chain shared the following statement with the Sentinel:

“Providing safe, high-quality food is always a top priority," they said. "We take these claims seriously but as this is pending litigation, we cannot comment further at this time."

Stolfat reportedly has not hired a lawyer and filed the lawsuit on his own. According to the outlet, he has done legal work in his home country of Estonia, although he is not a licensed attorney.

He reportedly said that if he wins, he plans on donating $1 million to charity.