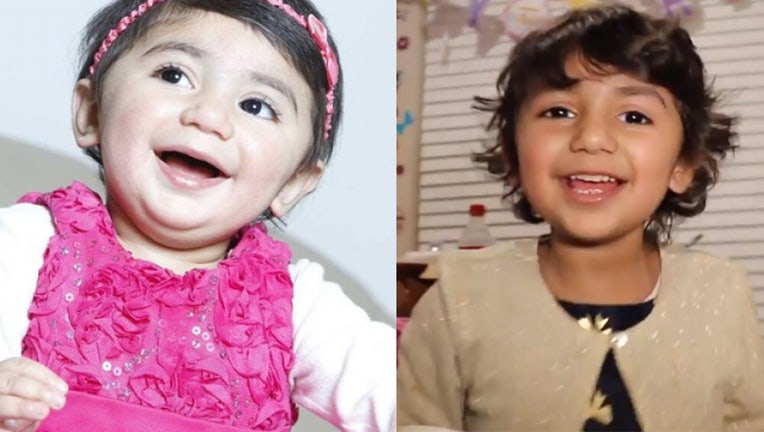 FORT LAUDERDALE, Fla. - A young Florida girl who was battling an aggressive cancer and needed extremely rare blood donations is now in remission, according to OneBlood.

Four-year-old Zainab Mughal made headlines and set off a worldwide search for blood donors with an extremely rare blood type during her battle with an aggressive form of cancer called neuroblastoma.

Zainab is missing a common antigen called Indian B that most people have in their red blood cells. Because she is missing the antigen, she could only receive blood from people with the same type as her, or her body would reject the blood.

The only people who are likely to be a match are people of Pakistani, Indian or Iranian descent. Of these populations, less than 4% of the people are actually missing the Indian B antigen, according to OneBlood.

After Zainab's story went viral, five donors were found: two in the US, two in the UK and one in Australia. The donors all consistently donated each time they were eligible to help ensure Zainab had the supply needed to help her get through her cancer treatments.

According to OneBlood, Zainab received more than a dozen blood and platelet transfusions. Doctors said it would not have been possible for her to have endured the chemotherapy, surgery and two bone marrow transplants without the blood.

Now, over a year after being diagnosed with cancer, Zainab is in remission and recently celebrated her fourth birthday.

OneBlood said there are other patients in similar situations as Zainab and voiced the need for more people to donate and increase the donor population.

“Zainab’s story has brought unprecedented global attention to the need for a diverse blood supply,” said Susan Forbes with OneBlood. “There are many other patients, just like Zainab who have extraordinarily rare blood needs. Finding compatible blood for these patients comes down to genetics. The only way to find specially matched blood for these patients is to increase the diversity of the donor population.”