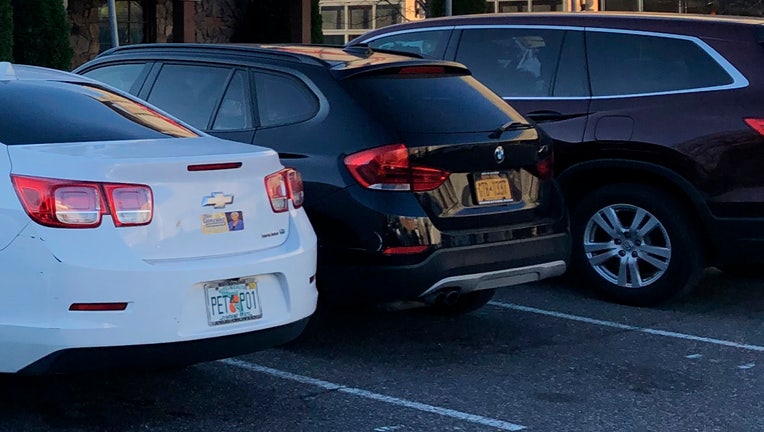 Someone had a warning for New Yorkers visiting former President Donald Trump's new hometown — leave if you are "woke."

Palm Beach Police say someone placed fliers over the weekend on New York-licensed cars parked on the wealthy island reading, "If you are one of the those ‘woke’ people --- leave Florida. You will be happier elsewhere, as will we."

The Merriam-Webster Dictionary defines "woke" in the political context as meaning, "aware of and actively attentive to important facts and issues (especially issues of racial and social justice)." It was first used by Black Americans in the 1930s, but became popularized by the Black Lives Matter movement after a Ferguson, Missouri, police officer fatally shot Michael Brown in 2014.

Some conservatives, however, use the word as an insult against liberals, saying it means the person is overly sensitive and moralizing and sees racism where it does not exist.

Trump became one of Palm Beach's 8,800 residents in 2019, moving from his native New York City. He said in a Fox News interview last year "that being woke means you are a loser."

Palm Beach has a heavy influx of tourists at this time of year, with visits to its resorts, restaurants and beach.

The Palm Beach Post reported the notices concerned some residents, who said they seemed to show a lack of respect for those with different opinions and could be seen as a threat.

Police Capt. Will Rothrock told the newspaper the department is investigating to see if any laws were violated. He said it is unknown how many cars were targeted because not all the fliers were reported.

"We understand that the lack of civility and respect for personal property displayed by this is concerning," he said.