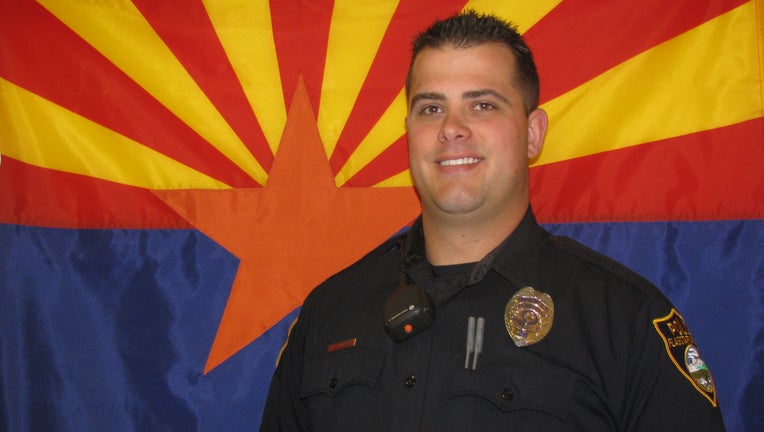 FLAGSTAFF, Ariz. - A Flagstaff Police officer has committed suicide, the city's police department said in a statement on Sept. 13.

Police say they were conducting a welfare check when they found Officer Jarrett Shughart dead in his home from an apparent self-inflicted gunshot wound.

Shughart was an officer with Flagstaff PD since October 2014. He had served as a field training officer and had been assigned to lighter duties due to an unspecified work-related injury.

Funeral arrangements for Shughart are unknown, and officials say the family is requesting privacy during this time.

"The City of Flagstaff and the members of the Flagstaff Police Department extend our deepest condolences to Officer Shughart’s family and friends," officials wrote in a statement.

"Members of the Crisis Intervention Stress Management Team are working with department personnel during this time of grief and loss," officials said.

Get breaking news alerts in the FOX 10 News app. Download for Apple iOS or Android.