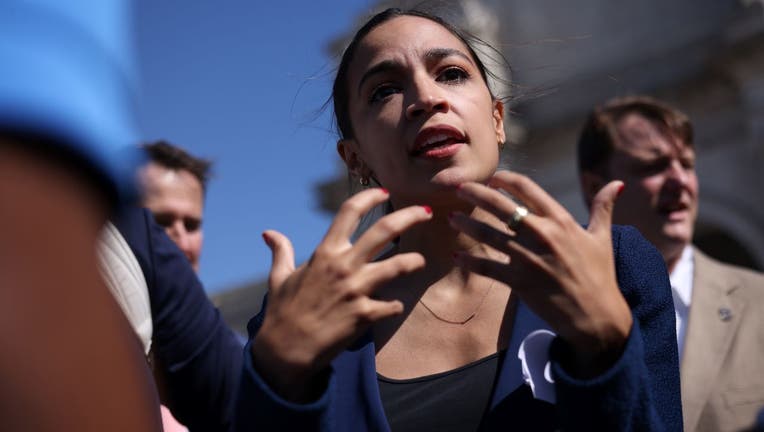 "First of all, I’m taller than her," Ocasio-Cortez tweeted on Saturday evening.

At the rally outside of Cleveland, Greene had referred to Ocasio-Cortez as "the little communist from New York City," and said she was "not an American."

"She really doesn’t embrace our American ways," Greene said. "You want to know why? She has something called the Green New Deal."

Greene has been a controversial member of Congress since she was elected to office last year. In February, she was stripped of her committee assignments for allegedly spreading hateful and violent conspiracy theories.

Earlier this month, she apologized for comments comparing the required wearing of safety masks in the House to the horrors of the Holocaust.