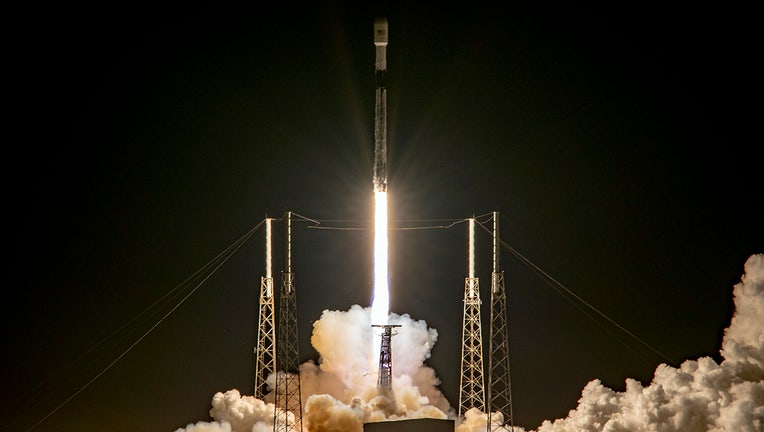 A SpaceX Falcon 9 lifts off from Cape Canaveral Air Force Station on January 6, 2020.

CAPE CANAVERAL, Fla. - The Space Force has arrived on the Space Coast.

Last night’s SpaceX satellite launch from Cape Canaveral Air Force Station was the first mission conducted with the support of the nation’s newest military service, less than a month after President Trump signed the bill authorizing its creation.

The Falcon 9 rocket lifted off at 9:21 p.m., adding 60 more Starlink internet satellites to SpaceX’s constellation. Minutes after lighting up the clear, cool Florida sky, the rocket’s booster – on its fourth mission – touched down on a droneship off the East Coast.

Even though it was a commercial mission, the 45th Space Wing provided the same support that they do for all launches – including tracking, communications, security, and safety. But now, the wing is part of the U.S. Space Force.

That pretty much means business as usual at Cape Canaveral Air Force Station and neighboring Patrick Air Force Base, the wing’s commander explained after what he called a “historic launch.” 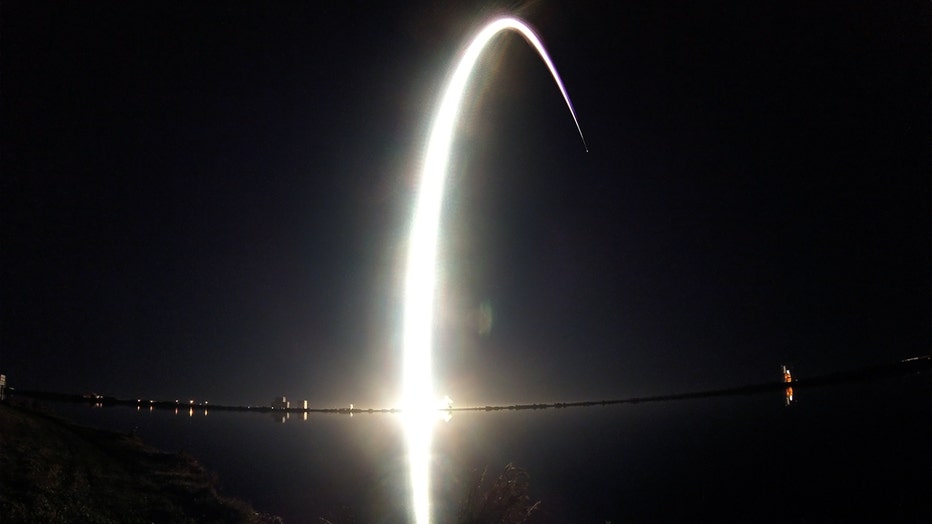 “Over time, the name of the wing could change, but nothing on the horizon for that right now,” offered General Doug Schiess. “We’re basically Air Force airmen assigned to the United States Space Force. Eventually, some of us, like myself, will actually transfer from the Air Force to the Space Force. That will happen over the next year as we work through that. But nothing really from what we do operations-wise will change here at Patrick Air Force Base.”

Instead, Schiess said, the most immediate difference will be at the other end of the chain of command. A chief of space operations will join the nation’s other top military leaders in Washington.

“He’ll be able to advise the secretary of defense and the president of the United States on the importance of space and the ability to defend our space assets that we launch from here but could be in danger from other adversaries out there,” Schiess continued. 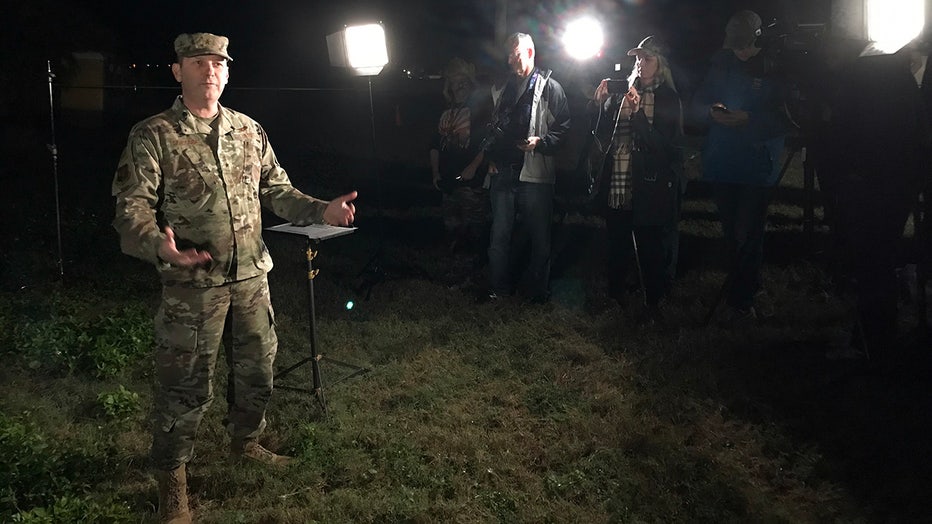 General Doug Schiess addresses the media after the first launch supported by the new Space Force.

Like the other services, the Space Force’s headquarters will eventually be at the Pentagon. But it’s not clear yet where the main command will be based. For now, it’ll be in Colorado, but Gov. Ron DeSantis is openly lobbying for it to be based in Central Florida, bringing jobs and prestige.

When pressed for his opinion, Gen. Schiess deferred to the decision-makers at the Department of Defense. But he did concede that there are “a lot of great things here on the central Space Coast.”

“We have 48 launches on the calendar for 2020, so it’s going to be a banner year,” he noted. “We’re hoping to partner with NASA to bring human spaceflight back to Cape Canaveral Air Force Station.”

NASA’s commercial crew partners SpaceX and Boeing are both scheduled to put their new crew capsules into service this year. While SpaceX’s Dragon will fly from the Kennedy Space, Boeing’s Starliner will launch from Complex 41 – the Air Force station’s first crewed launches since Apollo 7 in 1968. 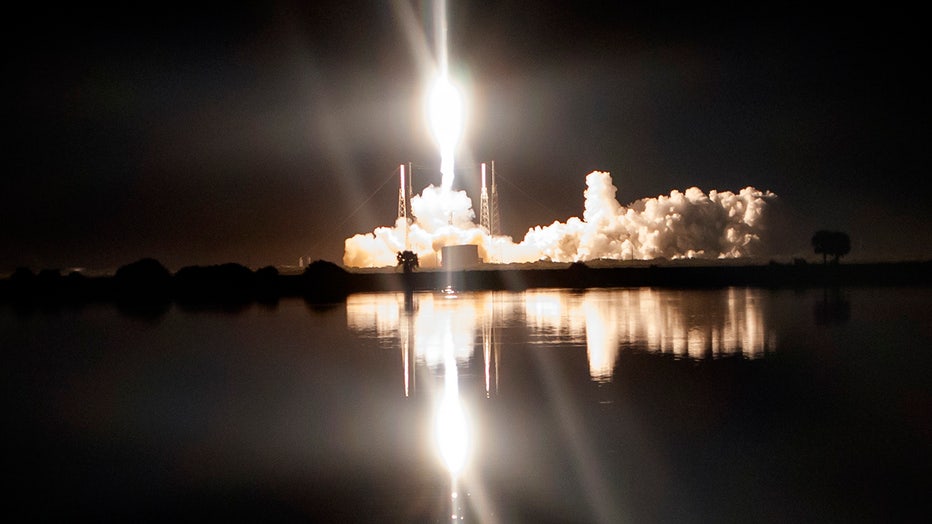 Monday's Falcon 9 launch is reflected in the calm waters of the Banana River.

Meanwhile, many of those 48 launches will be devoted to filling out SpaceX’s Starlink network. The company envisions thousands of the small satellites in low orbit, bringing high-speed internet to rural areas of the globe.

To ease crowded night-sky fears among stargazers, one of the new satellites is testing out a special dark coating to lessen its reflectivity. If successful, it could make the swarming constellation less likely to interfere with astronomy.

With roughly 180 of the satellites now in orbit, SpaceX has become the largest operator of commercial satellites in the world.

For perspective, there were a total of 2,218 operational satellites in orbit around Earth as of late 2019, as cataloged in the UCS Satellite Database. 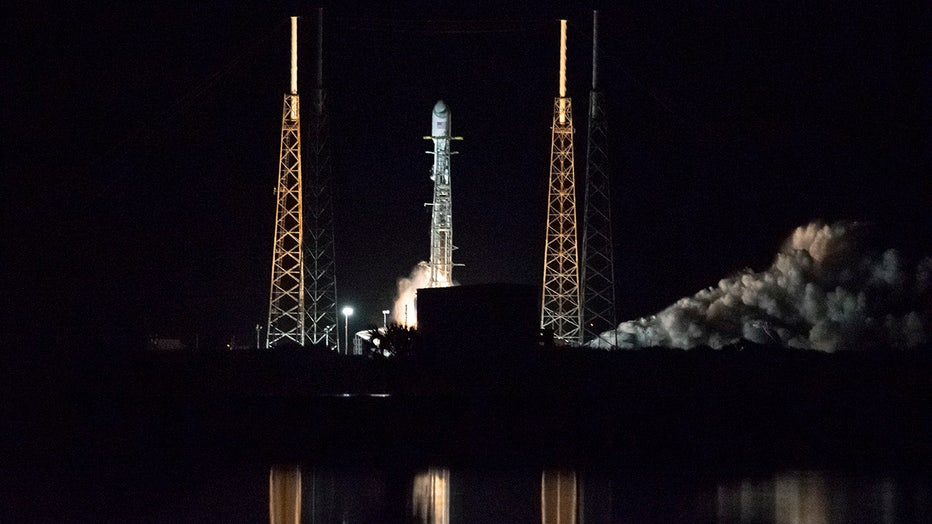 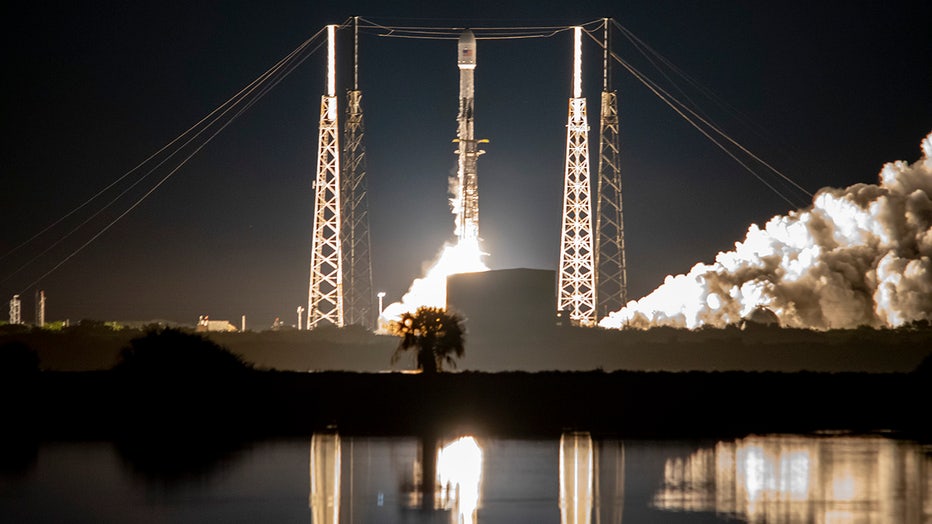 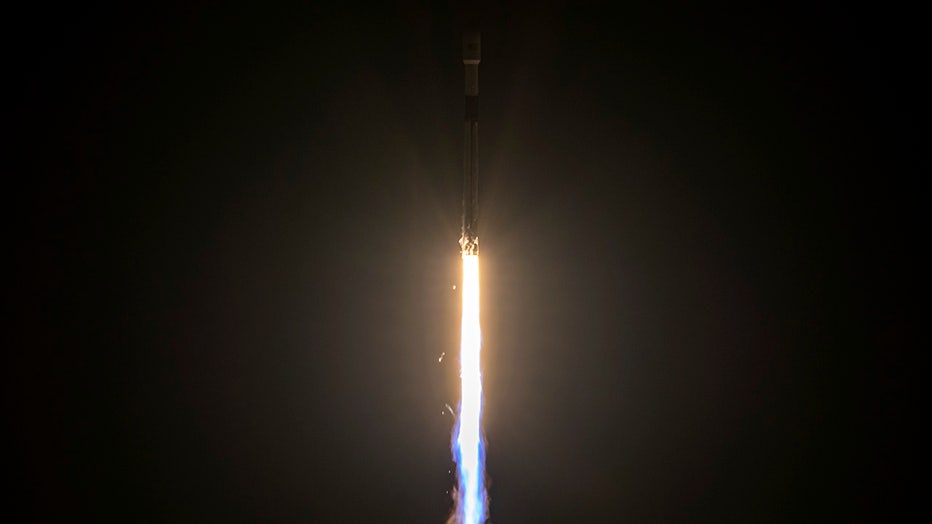 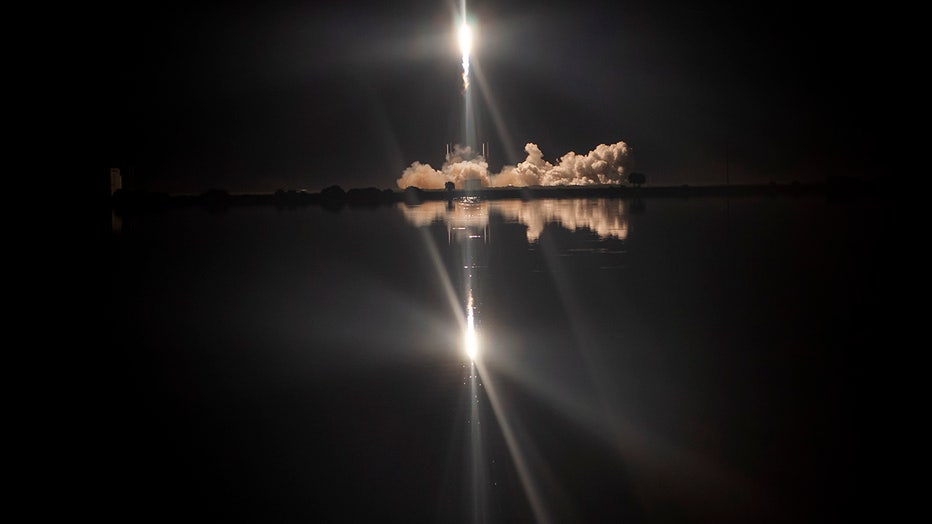