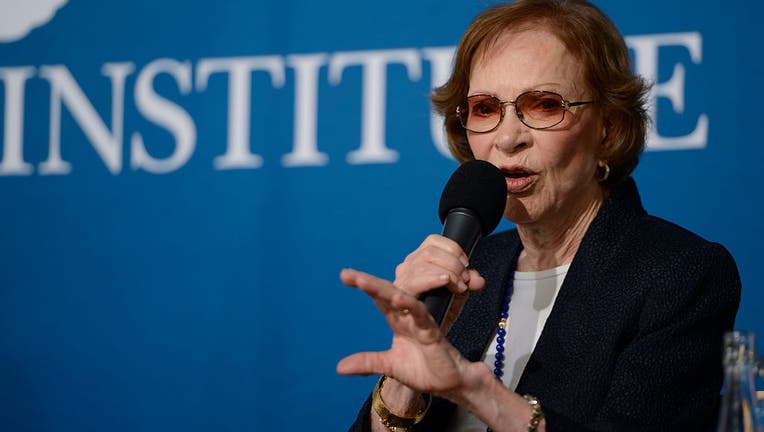 Born in Plains, Georgia, on Aug. 18, 1927, Eleanor Rosalynn Smith was the oldest of four children. After her father died when she was 13, she worked with her mother making dresses and caring for her siblings while remaining in school. She graduated and enrolled at Georgia Southwestern College in Americus.

It was at college that Smith started dating a Navy recruit studying at the U.S. Naval Academy in Maryland. His name was Jimmy Carter.

Thursday was former first lady Rosalynn Carter's 95th birthday. She was honored in Atlanta with special message above the Georgia's Own Credit Union building.

One year later, on July 7, 1946, she walked down the aisle of Plains Methodist Church in their hometown and said "I do."

They went on to lead lives of civil service from the Gold Dome of Georgia to the White House and beyond. 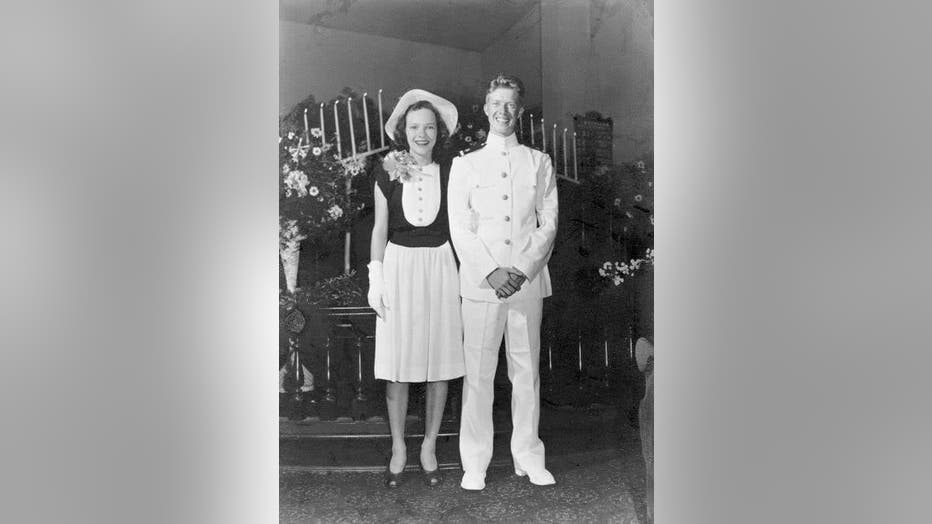 Jimmy and Rosalynn Carter were married in Plains, Georgia on July 7, 1946. (The Carter Library and Museum)

On July 7, 1946, Jimmy Carter married Rosalynn in a small chapel in Plains, Georgia.

Thsi year was the couple's 76 year of marriage. They are the longest-married couple in presidential history.

The Carter Center did not share how the couple celebrated this year. Last year, 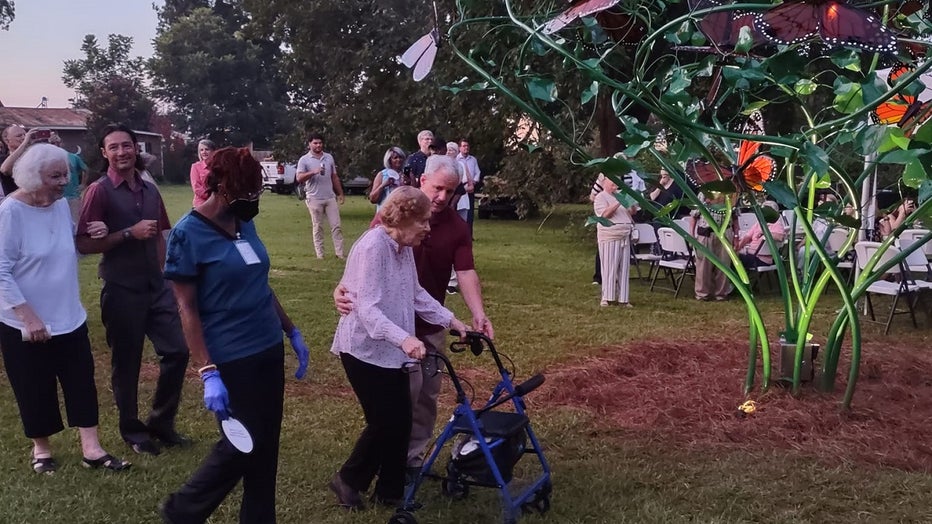 The couple was spotted at a dedication ceremony during the inaugural Butterfly Daze weekend at the new Rosalynn Smith Carter Childhood Garden in Plains.

The new garden sits beside her childhood home.

Former first lady Rosalynn Carter was recognized for more than 50 years of mental health advocacy with an award from the World Health Organization.

Her advocacy dates back to 1971 when Jimmy Carter was Georgia's governor. She served as a member of the Governor’s Commission to Improve Services for Mentally and Emotionally Handicapped Georgians.

She testified before Congress prior to the passage of the Mental Health Systems Act, which was signed into law in October 1980. The law outlined rights for mental health patients to receive the protection and services they require and placed emphasis on the mental health needs of minority populations.

Rosalynn Carter is also an advocate for monarch butterfly conservation. She inspired the creation of the Rosalynn Carter Butterfly Trail, which established a network of public and private gardens around Plains. The habitats are monarch-friendly.

Friends say Rosalynn's fascination with butterflies began when she tended her mother’s flowers in Plains as a child.

The butterfly trail will use Carter’s birthday to promote an annual statewide count of butterflies, the Great Georgia Pollinator Census, set for Friday and Saturday, Wise said.

During their visit to Georgia in 2021, President Joe Biden and First Lady Jill Biden stopped in Plains.

The former president and first lady were unable to attend Biden’s inauguration because of the coronavirus pandemic.

"It was great to see President Carter," Biden said before leaving Georgia. "We sat and talked about the old days."