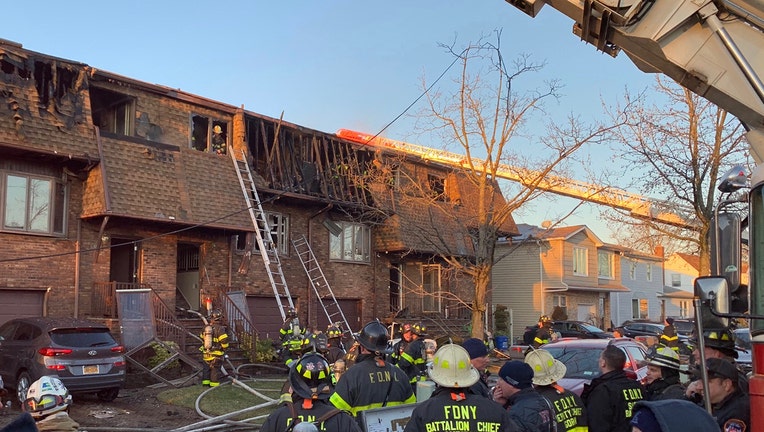 Firefighters and fire officials stand outside a row of homes that burned in a fire on Staten Island, N.Y., Jan. 20, 2020. (FDNY)

NEW YORK - A large fire swept through a row of townhouses on Staten Island on Monday afternoon.

Firefighters responded to the resident area on Rensselaer Avenue in the Woodrow section of the borough just after 3 p.m., the FDNY said.

The fire started inside one of the homes and spread to five other houses,  Chief of Department John Sudnik said. At least 10 firefighters and one other person were hurt. Their injuries are not considered life-threatening.

The FDNY called it a five-alarm fire, which means more than two dozen fire companies responded.

"We have over 200 fire and EMS personnel that operated at this five-alarm fire," Sudnik said.

The FDNY is investigating what sparked the fire. 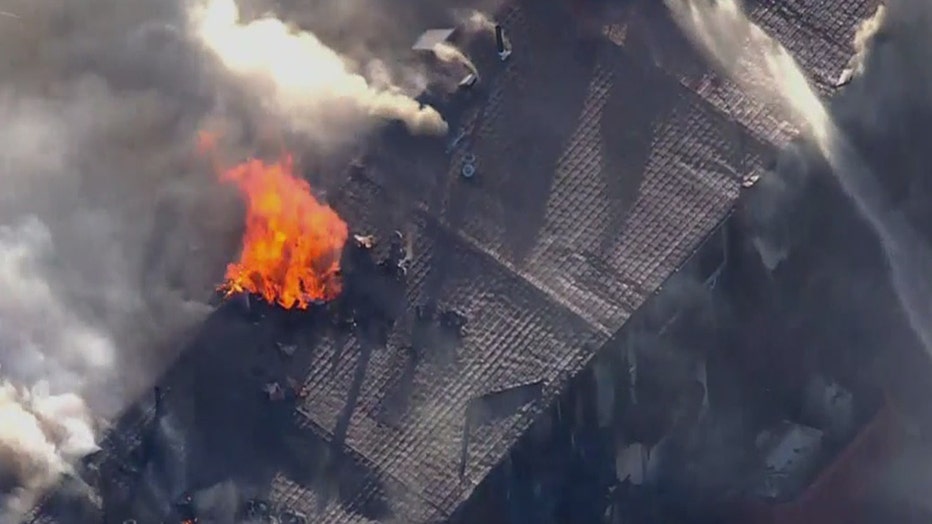