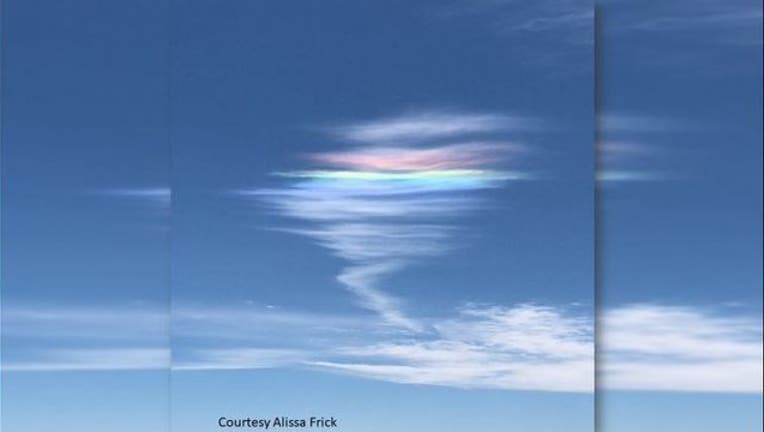 It is formed by refraction of the sun in ice crystals, typically in cirrus clouds. The clouds, in a horizontal direction, and the ice crystals within them are a particular shape. The crystals almost act like a prism and reflect the light in such a way that is seen as a horizontal rainbow.

The arcs can only form in certain months, depending on the latitude of the sun.  While they are able to be seen in our part of the country a few times a year, there are certain parts of the globe where they are never able to form.

It should be noted that circumhorizontal arcs, or "Fire Rainbows," have nothing to do with fire or rainbows.