NEW YORK - The lithium-ion battery in an e-scooter overheated during charging, sparking a fire that ripped through a bike shop and part of a building in Queens this week, according to the FDNY.

The fire ravaged the Cinco Hermanos Bike Shop in Astoria on Monday. The shop's owner said the fire caused tens of thousands of dollars in damage.

The FDNY said a number of fires in the city have started because of faulty lithium-ion or other rechargeable batteries in an e-bike, e-scooter, and other electronic devices such as phones, tablets, and robotic vacuum cleaners.

So many fires are started by lithium-ion batteries that the FDNY has a PSA with safety tips. Here is a summary of the tips: 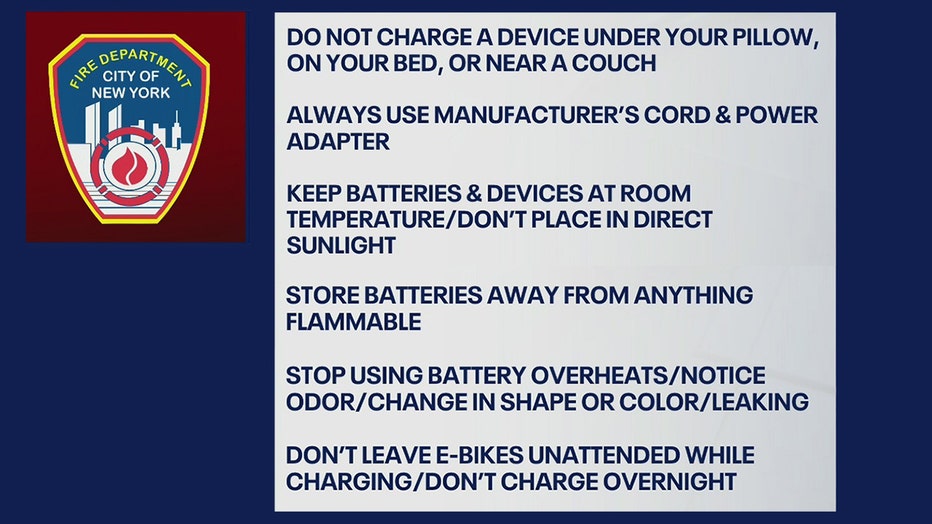 The FDNY and FDNY Foundation safety tips for handling and using lithium-ion batteries.