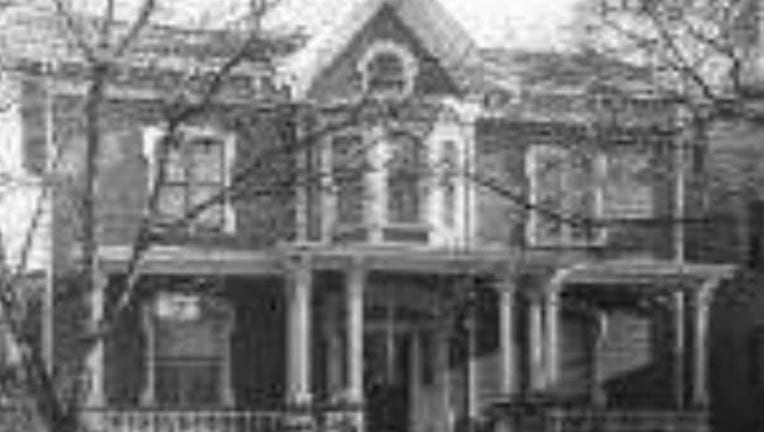 Surveillance footage shows a man walking up to the house early Thursday with two gas cans, splashing liquid on the front porch and then igniting it, the Poughkeepsie Journal reports.

"The loss of our history and heritage at 27 South Clinton Street is immeasurable. We hope to garner public support for our protective efforts and prevail so similar events are not perpetuated in this city. Why the building fell victim to arson is unknown but we have full confidence that the City of Poughkeepsie Fire and Police Departments can find those responsible and ensure justice is applied appropriately. We will continue to work with the city administration and the public to keep our historic buildings safe."

The Hudson Valley Chapter of the American Red Cross said it provided emergency aid to nine adults and one 11-year-old child.

The home’s nickname stems from decorations that could be seen inside and outside the residence and a hearse that sat in the driveway. A sign over the garage says "Devil’s Garage," the Journal reports.

The Carpenter Gothic house was built in 1870 by famed jeweler William Quintard. In 1891 he added a two-story addition, according to the City of Poughkeepsie Historic District & Landmarks Preservation Commission

"It reminded us of an age when the addition of architectural features such patterned brick work, transom windows and scrollsaw balustrades were hallmarks of beauty on our city's streets," wrote the Commission.