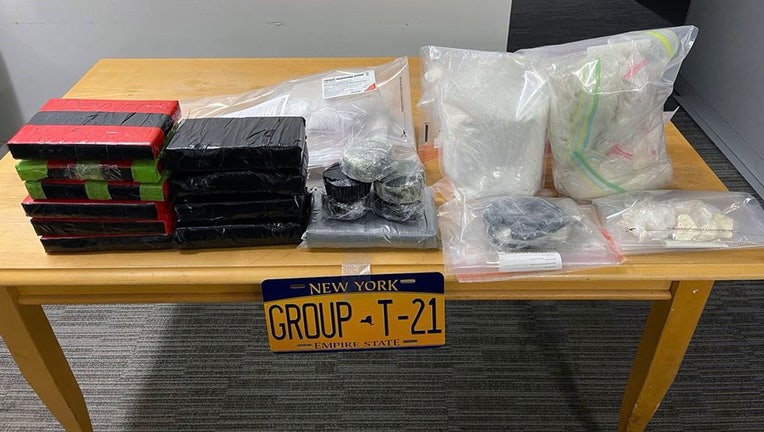 NEW YORK - Authorities say a man from the Bronx was arrested after about 50 pounds of fentanyl/heroin with an estimated street value of $7 million was found at an apartment located near Van Cortlandt Park. Authorities say the drugs were hidden inside a coffee table outfitted with a hidden trap compartment.

Samuel Rojas-Camacho, 59, was arrested Monday and charged with first and third-degree criminal possession of a controlled substance, as well as second-degree criminally using drug paraphernalia. He was arraigned Tuesday.

"This apartment contained 23 kilograms/50lbs of fentanyl/heroin concealed in a secret compartment of a coffee table," said DEA Special Agent in Charge Frank Tarentino. "Removing this fentanyl/heroin from our streets is the equivalent of saving thousands of lives. Rojas-Camacho is one of many drug traffickers in our city who spread poison throughout our communities. I applaud the efforts our law enforcement officers, agents, and prosecutors who investigate and arrest those responsible for fueling drug poisonings."

Police officers stopped a green Jaguar sedan Monday around 9 p.m. at the southwest corner of Jerome Avenue and East 233rd St. in the Bronx.  Rojas-Camacho was a passenger.

Prosecutors say he had allegedly traveled out of state the same day and was previously seen on surveillance entering and exiting the lobby of the apartment building located at 3535 Dekalb Ave., a suspected drug stash location, at least three times.

Authorities say the packages and large bag of narcotics were found inside a concealed compartment in a coffee table. A shoebox in the bedroom also contained fentanyl/heroin. Street ready glassine envelopes stamped with the brand name "Skull Crusher," empty glassines and plastic bags of fentanyl/heroin were also recovered from the bedroom closet. 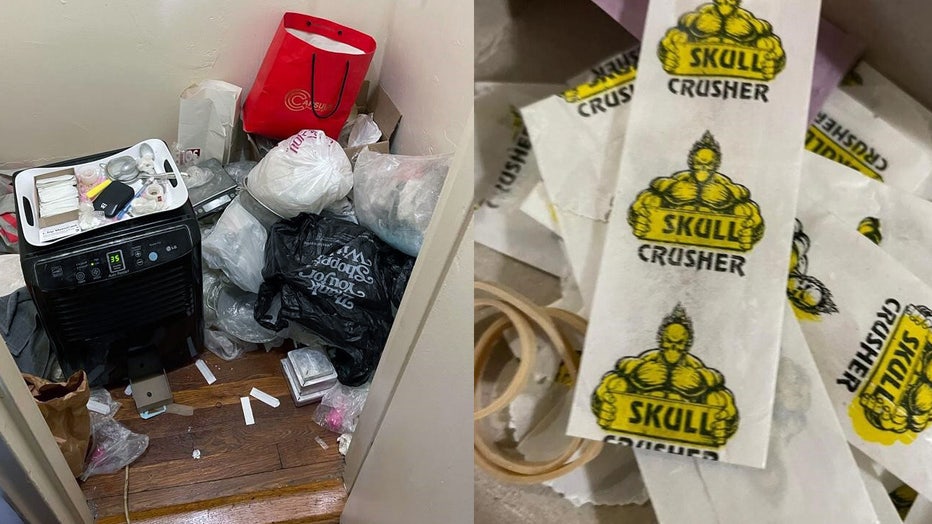 They said that equipment and paraphernalia necessary for packaging drugs was in the apartment, such as coffee grinders, rubber gloves, an air purifier, and a scale. Bank receipts and medicine bottles in Rojas-Camacho’s name were also recovered.