According to court documents, the women were locked in his basement, raped and beaten, and then were given plates of heroin and crack cocaine as he kept the money.

DETROIT (FOX 2) - A Detroit man has been charged after allegedly sex trafficking at least 10 different women. According to court documents, the women were locked in his basement, raped and beaten, and then were given plates of heroin and crack cocaine as he kept the money.

Quiyemabi Summerlin is facing charges of sex trafficking plus firearm and drug charges after authorities said they took down his operation last week following a months-long investigation.

According to the documents, the first victim came forward back in July of 2019 when she said Summerlin took her to a home on Berden street and told her she would live in the basement. She said he told her should be having sex with men for money and would have to give him all of the money the johns paid her. She said Summerlin raped her twice and kept loading a gun in front of her.

The second victim came forward in 2020 when Detroit Police were called to a report of assault and battery. She said Summerlin threatened violence if she didn't have sex with him. After she did, he fell asleep and said a john showed up. She said Summerlin arranged for her to perform sex acts for $170 but she only gave Summerlin $120 so he assaulted her. During that encounter with police, Summerlin told police she was homeless and was staying at his house. He said he woke up to the sounds of moaning and witnessed the two having sex.

READ NEXT: Couple ambushed, killed at Detroit gas station with baby in backseat

It's unknown why charges were not filed in those first two cases, despite police being involved.

In April of 2019, the Southeast Michigan Trafficking and Exploitation Crimes (SEMTEC) Task Force started the investigation that ultimately led to the arrest of Summerlin. During an undercover sex trafficking operation at a metro Detroit hotel, a woman said she worked for a violent pimp with the last name of Summerlin. She said he lives in Detroit near Grosse Pointe and is known to be violent towards women.

She also said that he gives women crack cocaine and heroin and would take all of their money. She said he threatened her multiple times with a gun and locked her in the basement of a home on Berden near Moross and when she tried to leave, he pushed her down the stairs. She was eventually able to escape by telling him she had a date and needed to meet the customer outside. Once outside, another girl picked her up and she fled the home, leaving all of her belongings behind. 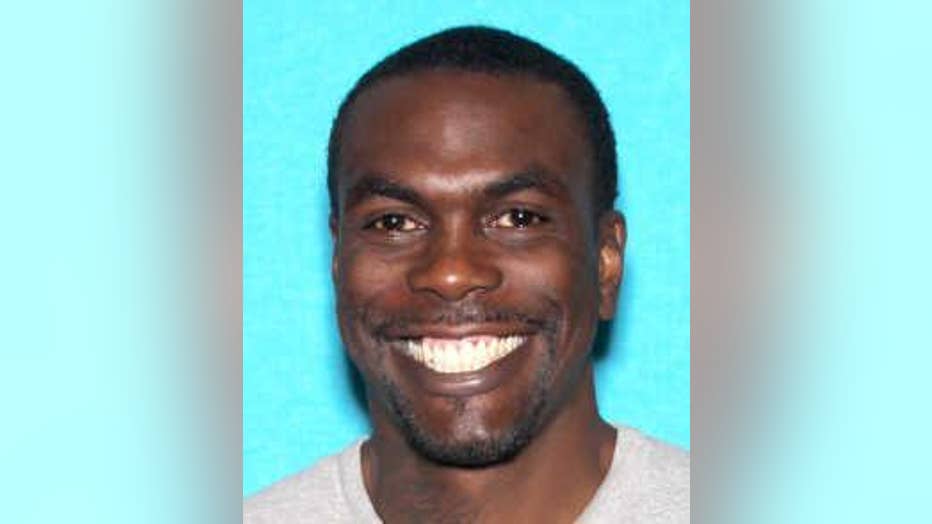 Quiyemabi Summerlin is accused of running a sex trafficking operation out of the basement on a home on Detroit's east side.

Three weeks later, during another undercover operation at a metro Detroit hotel, a fourth victim said she had worked for Summerlin in 2020 and met him at his house on Berden Stree. She said he gave her uncut fentanyl and raped her. She said he then kept her in the basement and forced her to have sex with other men in exchange for drugs.

She said that Summerlin was known to carry at least one gun and sold heroin and crack, prevented her from having a phone, and she had a daily quota of $1,000. If she didn't meet the quota, he threatened to beat her or would withhold drugs, she said. She also said that he had a baby monitor in the basement so he would know exactly how much the women were making.

In June 2021, SEMTEC received another tip about a woman who was in a relationship with Summerlin and he forced her to take nude pictures and post them as ads online. When she refused, she said Summerlin assaulted her. She also told investigators that he kept two possible minor victims as well to have sex for money and gave them heroin and crack to control them. When they didn't earn enough to cover the cost of the drugs, he would beat them. She said all of this was happening at a different home, on Beniteau Street but that he was planning to move the operation to his child's mom's house. Beniteau Street is the address listed for Summerlin on the Secretary of State's website.

Get the FOX 2 News app now for push alerts and breaking news YOU need to know about. It's free!

Investigators were building their case against Summerlin and discovered ads linked to phone numbers that he had. In total, 140 ads were found in the summer, all linked to Summerlin's phone numbers, and they all had images of multiple girls on the same beds with the same furniture in many of them.

In late June, Child Protective Services arrived at the home on Berden and he said he lived there with his fiance and was not involved in sex trafficking.

On July 21, SEMTEC found another ad similar to the ones discovered in June but with a different number. The ad featured two women and an undercover officer texted with the number and was told it would be $160 for time with both women or $80 for one.

"I can’t let you take her out of here until you pay me, and then she will get you straight," Summerlin is quoted as saying.

In September, a sixth victim spoke with SEMTEC and said she met Summerlin when he offered her drugs as she was walking down the street. She said she was kept in the basement and met her johns downstairs. She said she collected the money upfront and put in a drawer upstairs. After the johns left, she said Summerlin would give her a plate of drugs.

She also said that Summerlin was violent and choked her once for refusing to do something he asked. She called him a "Romeo pimp" - who are known to operate by trying to get to young victims to fall in love with them.

Four days later, a seventh victim said she worked at his home on Berden street for a few weeks and he would pay her with crack and heroin. She also said the money would go in a drawer, the john would go to the basement, and that Summerlin would give her plates of drugs afterward.

On Sept. 17th, SEMTEC interviewed an 8th woman who said she worked for him for three months in the spring of 2020 and that he took her phone and car key so she couldn't leave. She said Summerlin would give her heroin after dates and he frequently raped her and sold crack and heroin from the home.

In October, another ad featuring two women was posted from a different phone number but it had the same background as the original 140 ads. An undercover officer contacted and was told it would be $150 for both of them for an hour.

A week later, on Oct. 14, a search warrant was executed and two women were found in the basement of the home. One woman said she had been there for three months and he approached her asking if she wanted to make some money. She said she was locked in the basement and Summerlin took pictures of her to post online. She also said that he would give her cocaine or heroin and, if she didn't meet the quota he set for her, he would get angry and violent. She also said a minor had worked for him.

The other woman in the home said she had been there for three days and that she smoked crack in his house. She said he took naked pictures of her and posted them for ads. She also said he kept her in the basement and had to give all of her money to Summerlin. She said that he would slap her if she asked for food and threw her to the floor.

During the search, a loaded shotgun was found behind the couch in the living as well as two bags of what later tested positive for fentanyl and cocaine. Authorities also said they found other items related to drugs including scales and a cutting agent. Police said they also found furniture similar to what was posted in the online photos.

Summerlin, a convicted felon, admitted to having a shotgun that was in the house for "protection."

Summerlin is in custody and is due in court for a hearing on Wednesday.