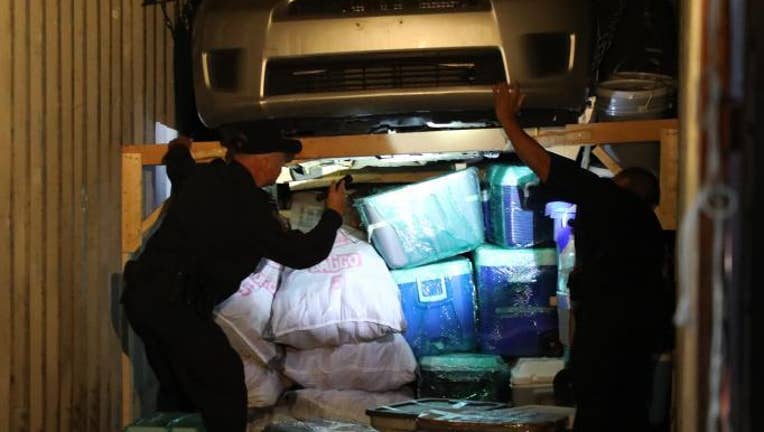 An image provided by the U.S. Customs and Border Protection shows a stolen vehicle in a container at the port.

NEW YORK - Federal authorities say that thousands of vehicles have been stolen or carjacked throughout the tristate area in order to be illegally exported from the United States through various marine terminals located in/around the Port of New York/Newark.

The U.S. Customs and Border Protection agency calls it an epidemic fueled by Transnational Criminal Organizations and other innovative and constantly evolving criminal networks.

Officials say the final destinations for many of the cars are African nations such as Benin, Gambia, Ghana, Ivory Coast, Nigeria, Senegal, Sierra Leone, and Togo.

Vehicles are targeted for theft in communities large and small in the metro area.  For instance, the small community of Westfield, N.J. has had five reports of stolen cars since the start of the year.

CBP Port Director Marty C. Raybon, “Our success at identifying, degrading and disrupting transnational networks depends on many things, but analytics and partnerships are right at the top of the list."

Raybon says that local governments need to work with federal officials on a whole approach to fight the epidemic.