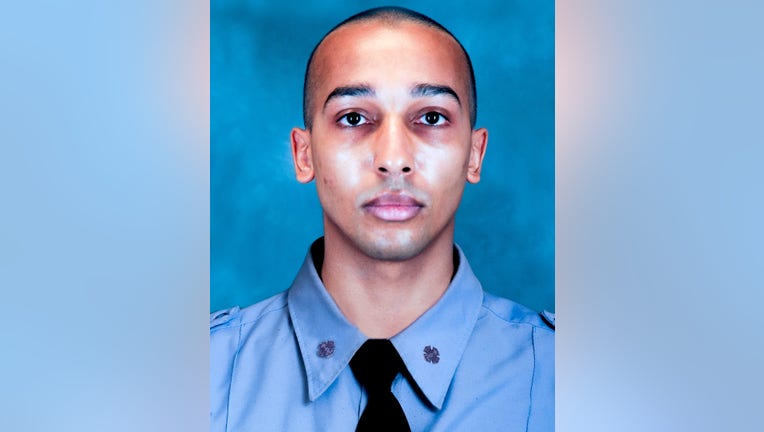 NEW YORK - A probationary FDNY firefighter died after collapsing during a training exercise at the training academy on Randall's Island.

Vincent Malveaux suffered a medical episode on Thursday.  He was transported to Harlem Hospital and passed away on Friday morning.

Malveaux was sworn into the current probationary firefighter class on October 25, 2021. He was in week six of 18 weeks of training in all aspects of firefighting; including fire suppression and medical response, hazardous materials incidents, collapse and confined space rescue training, auto extrication, building inspections, and procedures for engine and ladder operations.

Prior to the fire academy, he graduated from the FDNY EMS Academy at Fort Totten in October 2017. He then served as a FDNY emergency medical technician for four years, assigned to Station 19 in the University Heights section of the Bronx.

He had responded to thousands of calls for help, including throughout the COVID-19 pandemic.

"This is a heartbreaking loss of a young man who chose a life of brave service to others, first providing outstanding emergency medical care as an EMT in the Bronx and then training to be a New York City Firefighter," said Fire Commissioner Daniel A. Nigro. "Our entire Department mourns the passing of this heroic individual who dedicated himself to saving lives. Our thoughts are with his family, our EMTs who worked closely beside him, and his fellow Probies."

The exact cause of death was not yet determined.

Vincent Malveaux suffered a medical episode during training on Thursday. He was transported to Harlem Hospital and passed away on Friday morning.