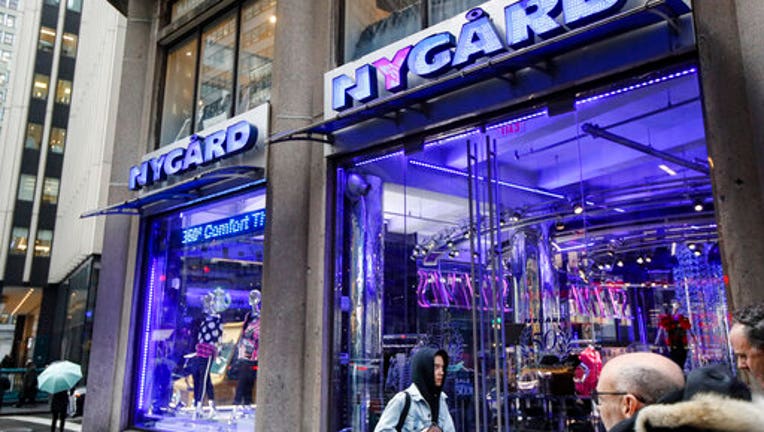 NEW YORK - Federal authorities raided the Manhattan headquarters of the Canadian fashion mogul Peter Nygard, a search that came amid claims he trafficked and sexually assaulted dozens of teenage girls and women.

The FBI searched the designer's Times Square offices Tuesday less than two weeks after 10 women filed a lawsuit accusing Nygard of enticing young and impoverished women to his estate in the Bahamas with cash and promises of modeling opportunities.

Several plaintiffs in the suit said they were 14 or 15 years old when Nygard gave them alcohol or drugs and then raped them.

Nicholas Biase, a spokesman for the U.S. attorney's office in Manhattan, confirmed the raid but declined to comment on the investigation.

Nygard denied the sex-trafficking claims through a spokesman, calling them “fabricated and manufactured.”

“Nygard welcomes the federal investigation and expects his name to be cleared,” the spokesman, Ken Frydman, said in an email. “He has not been charged, is not in custody and is cooperating with the investigation.”

Frydman said Nygard was stepping down as chairman of Nygard companies and will divest his ownership interest. He added that Nygard doesn't want his legal battles to distract employees, who rely on the company for their livelihoods.

Nygard International began in Winnipeg as a sportswear manufacturer. Its website says its retail division has more than 170 stores in North America.

The class-action lawsuit says Nygard used his company, bribery of Bahamian officials and “considerable influence in the fashion industry” to recruit victims in the Bahamas, United States and Canada.

It alleges he plied the young women with drugs and alcohol during “pamper parties” and kept a database on a corporate server containing the names of thousands of potential victims.

Nygard's victims would have their passports taken from them when they were flown into the Bahamas, the lawsuit alleges, adding the designer “expected a sex act before he was willing to consider releasing any person” from his estate.

Frydman said authorities also executed a “search and seizure” on Nygard's offices in California. He blamed the raids on a “conspiracy” involving Louis Bacon, the billionaire hedge fund manager who owns an estate next door to Nygard's in the Bahamas.

The New York Times reported Saturday that Bacon has been involved in an epic battle with Nygard involving tens of millions of dollars and more than two dozen lawsuits. The newspaper described Nygard's home in the Bahamas, where the women allegedly were assaulted, as “a lush retreat with sculptures of roaring lions and a human aquarium where topless women undulated in mermaid tails."

Five women who were not named in the lawsuit told The Times that Nygard sexually assaulted them in the Bahamas when they were teenagers. The newspaper said two women later recanted their claims, “saying they had been promised money and coached to fabricate their stories.”