18-year-old Franklin Barrett Sechriest now faces an arson charge in the U.S. District Court for the Western District of Texas under code 18 U.S.C. § 844(i).

AUSTIN, Texas - A man arrested in connection with the fire set at Congregation Beth Israel on October 31 has now been charged at the federal level.

18-year-old Franklin Barrett Sechriest was arrested and charged last week with first-degree felony arson in the fire to the porch and entry of the Beth Israel Synagogue which caused an estimated $25,000 in damages to the structure. 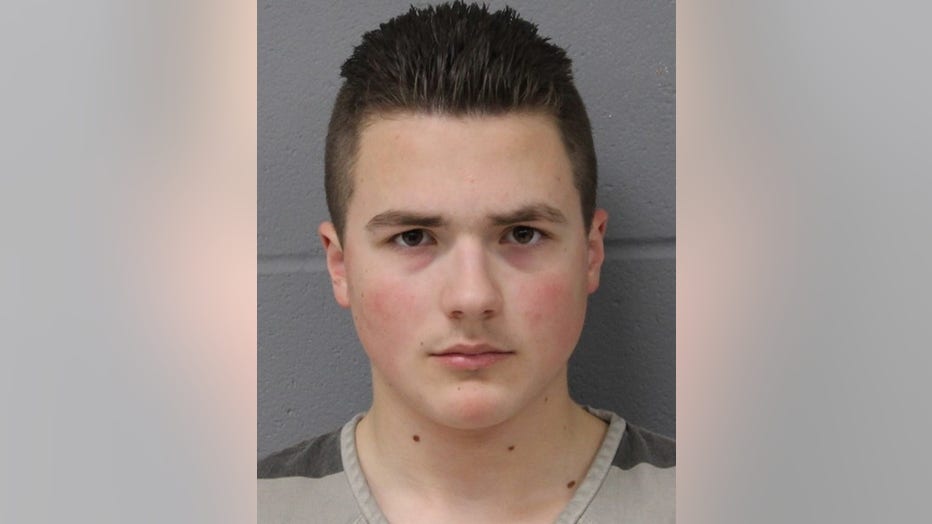 Sechriest now faces an arson charge in the U.S. District Court for the Western District of Texas under code 18 U.S.C. § 844(i), which according to court paperwork, "which makes it a crime for anyone to maliciously damage or destroy by means of fire any building used in interstate commerce or used in any activity affecting interstate commerce, or to attempt to do so".

Court paperwork from the US District Court says that the federal charge is because "the building comprising the burned portion of the Synagogue is used in interstate commerce and used in activities affecting interstate commerce." In particular, the synagogue operates a Child Development Center, which operates and charges tuition for its preschool programs and is open to members and non-members.

If convicted of the federal arson charge, Sechriest faces a maximum penalty of 20 years in prison, says the US Attorney's office. Sechriest is scheduled for a preliminary examination and detention hearing on November 17. He remains in federal custody.

18-year-old Franklin Barrett Sechriest has been charged with first-degree felony arson in the fire to the porch and entry of the Beth Israel Synagogue.

The synagogue sustained damage to the front, wooden doors, and some interior damage to floor mats and the door jam. The glass was also damaged by smoke, and one part of the glass appeared to be intentionally broken.

According to court paperwork, investigators observed burn patterns "consistent with the use of a liquid accelerant" and ruled out all ignition sources "except an open flame introduced by human means," leading them to determine the fire was intentionally set.

Officials say surveillance video captured a Jeep driving into the parking lot of the synagogue and a man was seen getting out and approaching the synagogue carrying a five-gallon olive green "jerry can" style container. He is then seen leaving the scene carrying the container and smoke and light from the fire is still seen on the video as the Jeep drives away, says court paperwork.

The fire appeared to be intentionally set at the front doors of Congregation Beth Israel on around 9 p.m. on October 31.

Surveillance video from three days before the fire showed the same Jeep driving through the synagogue's parking lot. Court paperwork says that the front license plate was clearly visible in the video, which led investigators to a 2021 Jeep Cherokee registered to a woman in San Marcos who lives at the same address as Sechriest.

On Monday, Nov. 8, law enforcement saw Sechriest driving the Cherokee and matching the physical description of the man seen in the surveillance video, including wearing a watch on his right wrist, says court paperwork.

Search warrants were then obtained for Sechriest, his home, and the Jeep, says court paperwork. Investigators found clothing consistent with clothes the man was seen wearing in surveillance videos during the commission of the arson. A credit card belonging to Sechriest was also found, which was revealed to have been used in September in a Buda sporting goods store to purchase a green five-gallon container matching the one seen in the video.

Arson investigators have been called in to determine the cause of the fire.

During a search of the Jeep, investigators also found bottles, lighter fluids and a match case of matches which investigators say are "consistent with materials that can be used and combined to produce destructive devices known as Molotov cocktails," according to court paperwork.

Investigators also found journals belonging to Sechriest and in his handwriting "containing statements believed to relate to [his] preparation for the arson, his commission of the arson at the Synagogue on October 31, and his subsequent effort in tracking law enforcement’s investigation of the arson," says court paperwork.