Federal investigators have unspecified evidence linking the killing of a men’s rights lawyer in California to the suspect in the ambush shooting of a federal judge’s family in New Jersey.

LOS ANGELES (AP) - Federal investigators have unspecified evidence linking the killing of a lawyer in California to the suspect in the ambush shooting of a federal judge's family in New Jersey, authorities said Wednesday.

The evidence allegedly connects Roy Den Hollander, a men's rights attorney who was found dead of a self-inflicted gunshot wound the day after an attack that killed the judge's son and wounded her husband, to the death of lawyer Marc Angelucci in San Bernardino County, California.

FBI officials in Newark, New Jersey, on Wednesday would not describe the evidence or explain how it ties into the two cases. 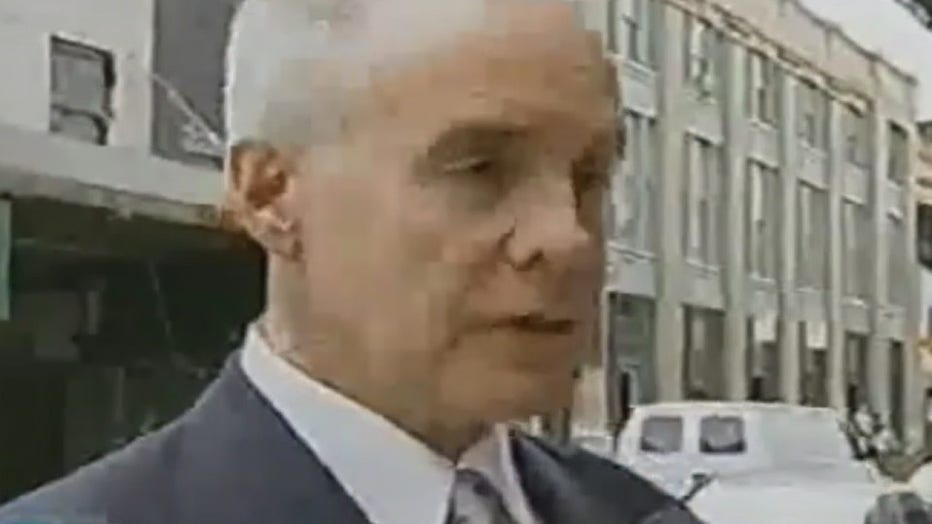 Roy Den Hollander in a screenshot from a 2007 television news interview.

Angelucci was shot to death at his home on July 11.

The FBI says Den Hollander was the "primary subject in the attack" Sunday at the home of U.S. District Judge Esther Salas in North Brunswick, New Jersey, where Daniel Anderl, 20, was killed and his father, Mark Anderl, 63, was wounded.

Salas, 51, was in another part of the house and was unharmed. Den Hollander was found dead Monday in Sullivan County, New York.

In both attacks, the suspect appeared to pose as a delivery driver, according to a law enforcement official. The official could not discuss an ongoing investigation publicly and spoke to the AP on condition of anonymity.

Investigators found items in Den Hollander's possession that prompted concerns about whether he had targeted, or planned to target, other people. The items included a photograph of New York Chief Judge Janet DiFiore and the address of a state appeals courthouse, a state court spokesperson said.

Den Hollander, 72, described himself as an "anti-feminist" attorney who filed lawsuits challenging the constitutionality of "ladies night" promotions at bars and nightclubs, sued Columbia University for providing women's studies classes, and sued news organizations over what he said was biased coverage.

He also wrote about wanting to use the rest of his time on earth to "even the score" with his perceived enemies, using "cowboy justice."

Both Den Hollander and Angelucci, 52, were involved in lawsuits seeking to force the U.S. government to require all young women to join men in registering for a possible military draft.

Harry Crouch, president of the National Coalition for Men, told The Associated Press that Den Hollander was furious that he hadn't been involved in Angelucci's case.

"Roy was just not happy that we did not involve him as a co-counsel. I think unhappy is an understatement," Crouch said. "He called me up and threatened me."

Den Hollander's lawsuit, filed in 2015 on behalf of a woman in New Jersey, was assigned to Salas. He withdrew as the lawyer in the case a year ago after being diagnosed with cancer.