A harrowing scene caught on video in Harlem as a father and son were pulled from their car and viciously beaten by a group of dirt bike riders.

NEW YORK - The NYPD is asking for the public's help tracking down a group of dirt bike riding suspects behind a vicious assault on a father and son who were sitting in their car in Harlem.

The shocking attack occurred on Tuesday at about 4:30 p.m. at the intersection of Saint Nicholas Terrace and West 127 Street.

Security camera video shows the suspects pulling up to the vehicle, dragging the 64-year-old and 36-year-old victims and repeatedly punching and kicking them.

The NY Post reported the suspects retaliated after the driver allegedly hit a member of their crew a short time earlier at Frederick Douglass Boulevard and West 127th Street.

The victims were taken by EMS to Mt. Sinai St. Luke’s Hospital in stable condition.

Anyone with information about the assault should contact the NYPD's Crime Stoppers Hotline at 1-800-577-TIPS (8477). The public can also submit their tips by logging onto the CrimeStoppers website on Twitter @NYPDTips. 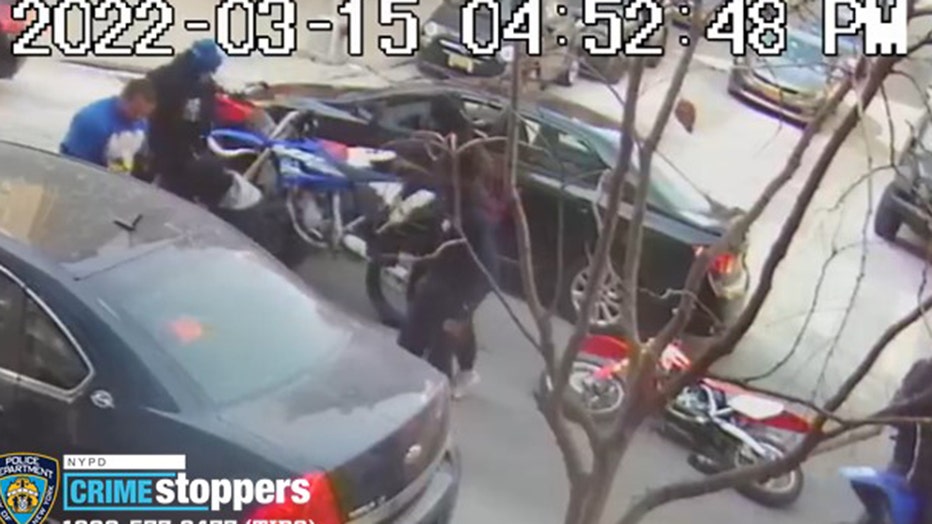 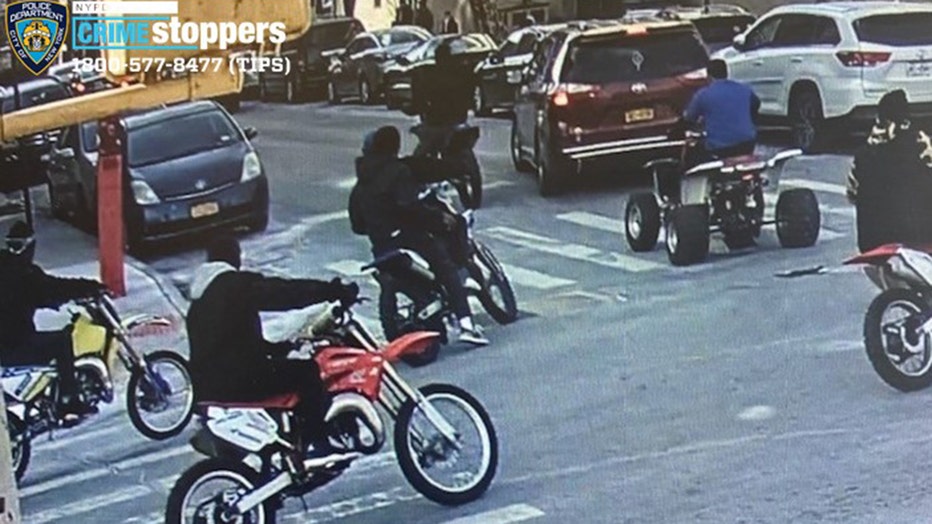 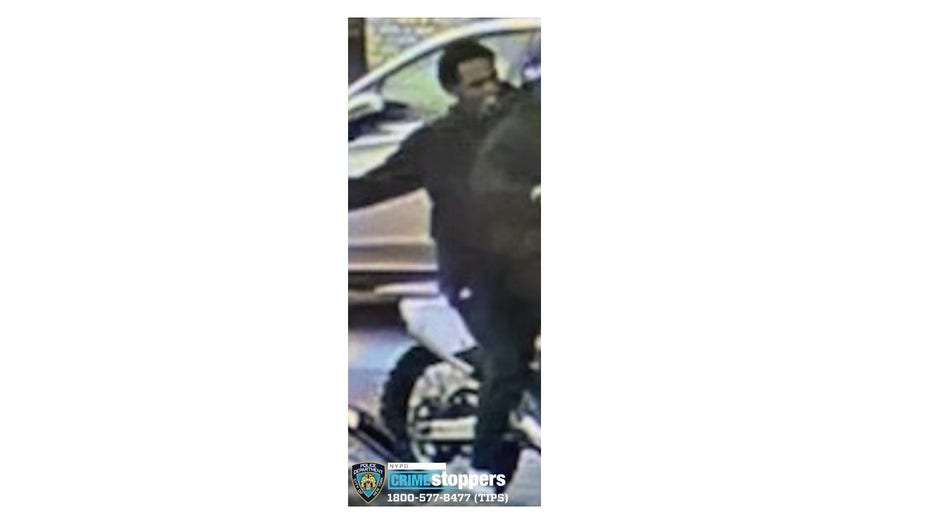 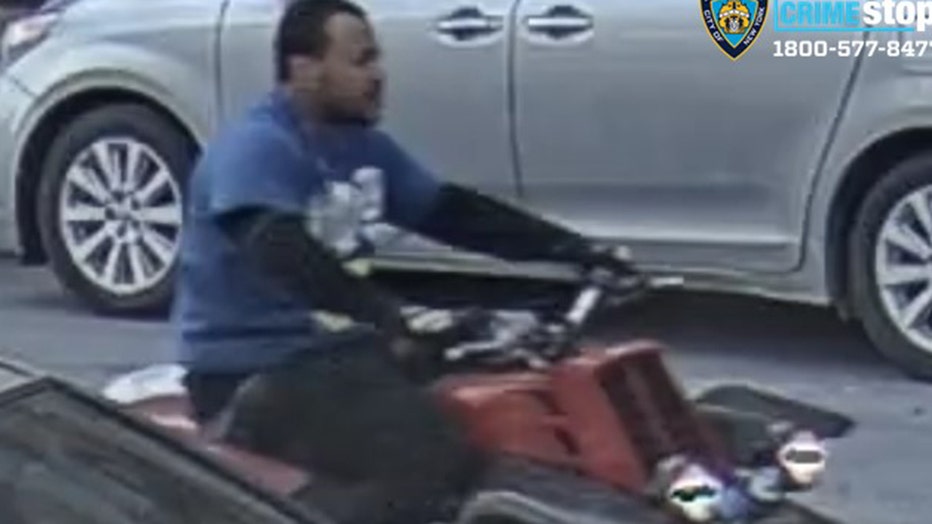 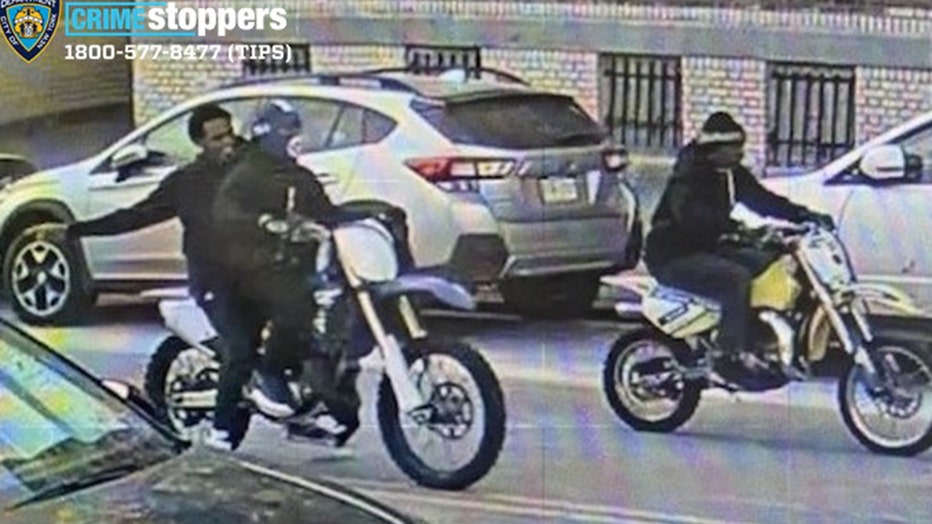