"My son was tortured -- tortured and murdered -- and aggravated manslaughter is not enough; I will not settle for that," said Rashawd Holsey Hines, the boy’s father.

"It explains in the autopsy that my son suffered a laceration to the liver, brain bleeding, and bruises all over his body," he continued. "It seems to me that was a bit more premeditated."

The Lakeland Police Department says the suspect is 30-year-old Alegray Jones, Jayden’s mother's boyfriend. Police say he was watching Jayden while his mother was at work.

Investigators say Jones got mad at Jayden for urinating on the couch and said he struck the child in several areas of his body, causing him to go unconscious. Instead of immediately calling 911, Jones texted the boy's mother, police say.

Investigators say they talked on the phone, then she left work and 911 wasn't called until she got there.

Hines says he wants his son's mom to be held accountable too. 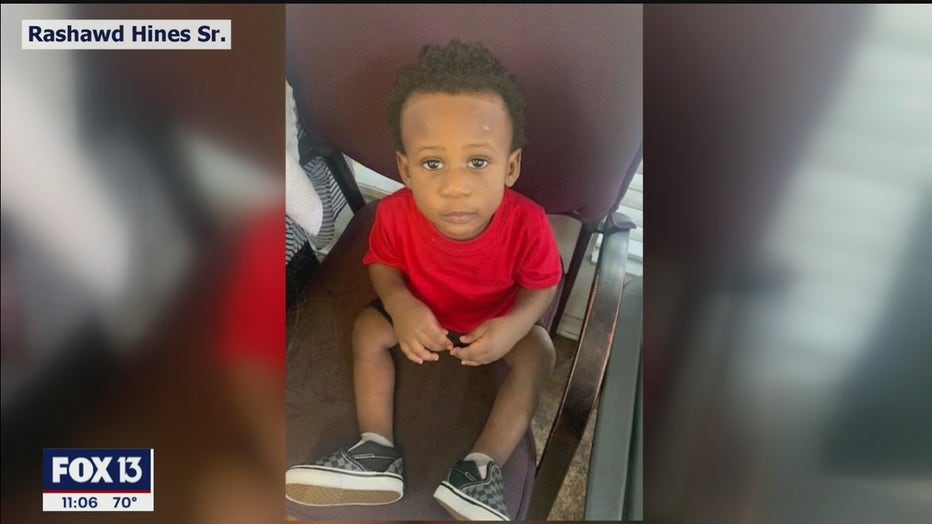 "Why did you call his mom first? Why didn’t you call the ambulance right away? You could’ve saved my son’s life. That’s what makes me think this is premeditated," Hines added.

Lakeland police say this case is still under investigation.