Changes to bail reform could be on the way as part of the upcoming state budget. The agreement would allow judges to set bail for more offenses and would make it easier to keep repeat offenders in custody.

CONNECTICUT - David Harrington spent a tense eight months in a Philadelphia jail when he was a teenager — the result of a robbery charge in 2014 that automatically sent his case to the adult court system under state law.

Only 16 at the time, he said he got into fights and spent time in isolation. He missed his sophomore year in high school and the birth of his child. He was facing five to 10 years in prison. He was on a path, he said, toward more trouble with the law.

Instead, he was able to convince a judge to send his case down to juvenile court. He spent a month in a juvenile detention center before a judge found he did take part in the robbery and sent him home under house arrest, probation and a $3,000 restitution order. He was allowed to see his family and friends and finish high school. 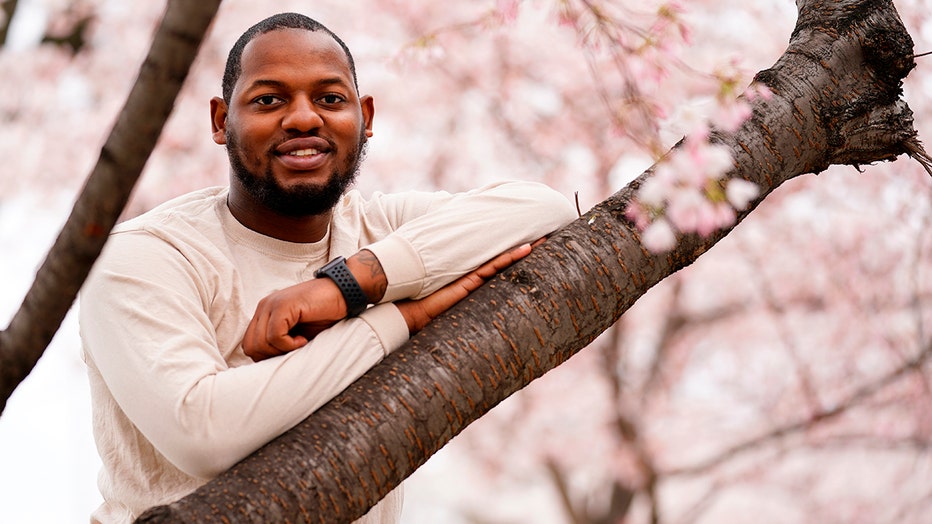 Harrington’s case from 2015 is indicative of a significant shift away from the "get tough" philosophy of the 1980s and ’90s for youth offenders, which has resulted in far fewer children being prosecuted in U.S. adult courts. That has meant second chances for untold thousands of youths.

Data reported to the FBI each year by thousands of police departments across the country shows the percentage of youths taken into custody who were referred to adult courts dropped from 8% in 2010 to 2% in 2019. The percentage dropped to 1% in 2020, although that year’s data is considered unusual because of the coronavirus pandemic, which closed many courts.

Instead, more teenagers are being sent to juvenile courts or community programs that steer them to counseling, peer mediation and other services aimed at keeping them out of trouble.

The shift has been mostly supported by law enforcement officials around the country. But some worry that leniency has emboldened a small number of young criminals, including in Connecticut, where state lawmakers passed legislation to clamp down on youth crime. 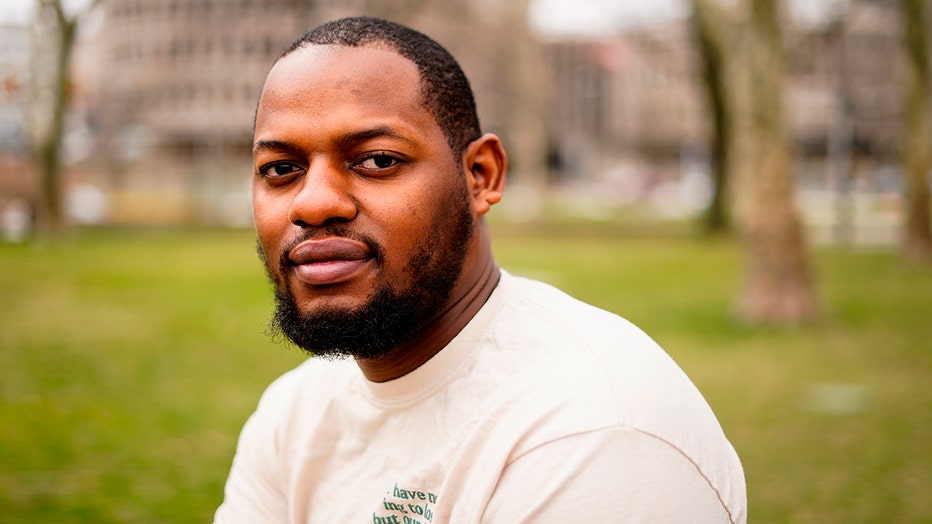 States around the country have been raising the age of adult criminal responsibility to 18 for most crimes. Only three states — Georgia, Texas and Wisconsin — continue to prosecute every 17-year-old in adult courts, according to The Sentencing Project, a Washington-based group that advocates for minimal imprisonment of youth and adults.

The "raise the age" movement has been spurred by research showing teens’ brains haven’t yet fully developed key decision-making functions. Other studies show locking young people up in adult systems can be harmful — physically and psychologically — in addition to putting them at more risk to commit more crimes.

"We see across the board for young folks, regardless of what they may be charged with, that what works is community-based intervention, what works is connecting young folks with people in their own communities, letting communities lead reform efforts," said Naomi Smoot Evans, executive director of the Coalition for Juvenile Justice, a Washington-based nonprofit working to prevent children from being involved in the courts.

In a country where an estimated 250,000 minors were charged as adults each year in the early 2000s, the number dropped in 2019 to about 53,000, according to the nonprofit National Center for Juvenile Justice in Pittsburgh. 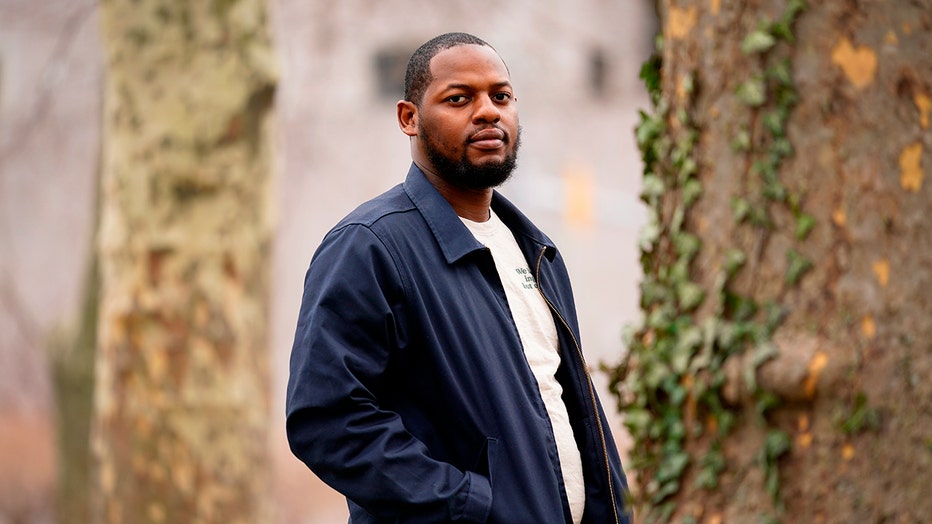 That corresponds with a general decrease in crime across the country, including a 58% drop in youth arrests between 2010 and 2019, according to Justice Department estimates. In 2019, an estimated 696,620 youths were arrested.

Harrington, who denied the robbery allegation, was sent initially to the juvenile section of an adult jail, the Philadelphia Industrial Correctional Center, under a state law that automatically sends youths to adult court for certain serious crimes. He faced the possibility of five to 10 years in prison.

He said he constantly had to watch his back to guard against aggression by others and got into two fights. After one, he said he was kept in solitary confinement for 30 days, which affected his mental health.

"Your hair is growing all out. You barely getting any showers. You’re just in the dark in a bed. They’re not really hearing you out back there," he said.

The Philadelphia Department of Prisons said in a statement that it acknowledges Harrington’s recollection but "there is no documentation" of the experiences he described. The agency said he was housed in disciplinary segregation — not solitary confinement — because of the fights he was involved in.

The robbery charge is being expunged from Harrington’s juvenile record after he filed a request, he said.

Harrington works for the Youth Art & Self-Empowerment Project, a Philadelphia group that provides art, music and other programs in jail for teenagers charged as adults and advocates against prosecuting them in adult court. He is involved in efforts to repeal the law that automatically sent him to adult jail.

"You’d rather be at a juvenile facility getting the proper care and treatment there," he said. "The juvenile system ... it’s better because you’re able to go home and be with your family."

Some officials, however, including lawmakers and police chiefs, argue aspects of the reform have gone too far.

In Connecticut, the death of a pedestrian who was struck and killed in New Britain last year by a stolen car driven by a repeat teenage offender sparked calls by police officials and Republican state lawmakers to pass tougher youth crime laws — including more detention for repeat offenders.

The 17-year-old driver of the stolen car that killed Henryk Gudelski in New Britain had been arrested 13 times before on charges including reckless driving and assault.

New Britain’s police chief, Christopher Chute, believes the teen would have been detained in the adult system for those previous crimes before Connecticut raised the age of adult criminal responsibility to 18 a decade ago. He also said state judges have been rejecting many police requests to detain youth offenders.

"Talk about a broken juvenile justice system," Chute said. "Most of us in law enforcement refer to this system as the arrest, release, repeat."

Giovanni Circo, a University of New Haven criminal justice professor, authored a 2019 study that found no link between raising the age of adult criminal liability to 18 and crime increases.

"Not discounting anything that some of these communities are dealing with, which I’m sure is really frustrating and dangerous, but when we look at more widespread impacts of these sort of policies we just don’t really find any evidence that it has any sort of impact on overall crime rates," he said.

For Harrington, prisons and jails are not places for children, period.

"When you’re in jail, no matter how much you stay out of trouble, trouble will find you," Harrington said. "You’ve got to go into survival mode at a very young age. That’s not a place ... for a kid."