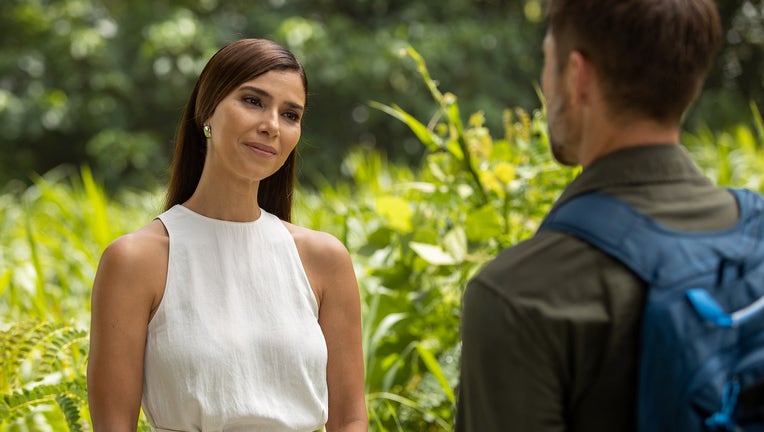 CHICAGO - Pack a bag and send your white suit to the dry cleaners: looks like we’re in for a repeat visit to "Fantasy Island."

FOX has renewed "Fantasy Island," the contemporary sequel/reboot of the classic TV series of the same name, for a second season. The aspirational fantasy drama will also return for a special holiday episode, airing Dec. 21, before season 2 arrives sometime next year.

On "Fantasy Island," dreams become reality — though that reality isn’t always what guests might have expected. The mystical island resort, watched over by the charismatic Elena Rourke (Roselyn Sanchez), has a knack for giving guests what they need, rather than what they want. Rourke is aided in her stewardship by Ruby Akuda (Kiara Barnes), a young woman with an old soul. And as for the guests? Well, they come and go, as visitors do, courtesy of a parade of top-notch guest stars.

"Thanks to the fantastic Roselyn Sanchez and charming Kiara Barnes and the captivating stories that tapped into the core tenets of emotion and aspiration, ‘Fantasy Island’ was the perfect wish fulfillment and escape we all needed this summer," said Michael Thorn (President, Entertainment, FOX Entertainment).

He also praised the show’s creators, adding, "Liz Craft, Sarah Fain and everyone at Sony and Gemstone did an excellent job on this series and, like all good things, it left us wanting more. We’re so happy to have Elena Roarke, Ruby Akuda and everyone on ‘Fantasy Island’ open their world again for a brief visit this winter and for a longer stay next year."

We may have to wait until sometime in 2022 for that second season, but the powers that be also made time for a little holiday getaway. Per a press release: "On Tuesday, Dec. 21 (8:00-10:00 PM ET/PT) on FOX, ‘Fantasy Island’ returns for a special two-hour holiday episode, ‘Welcome to the Snow Globe.’ A businesswoman’s (guest star Lindsay Craft) fantasy of a perfect Christmas and meeting ‘Mr. Right’ (guest star Eddie Cahill) tests Roarke in unexpected ways. Meanwhile, Mr. Jones (guest star Mackenzie Astin) faces his past, while a new Secret Santa tradition has Ruby and Javier looking to the future."

"Fantasy Island" was the #1 new scripted program among adults 18-49 this summer, and was FOX’s most-streamed new drama since the premiere of "9-1-1: LONE STAR." Follow the series on IG @FantasyIslandTV on Twitter @FantasyIslandTV and join the conversation using #FantasyOnFOX.

All seasons of the original 1977 "Fantasy Island" series and the 1998 remake are available to stream on FOX Entertainment’s free streaming platform, Tubi.

Catch up on season one of "Fantasy Island" with On Demand, FOX NOW and Hulu. On Demand episodes are available for customers of Cox Contour TV, DIRECTV, DIRECTV Stream, DISH, Hulu + Live, Optimum, Spectrum, Verizon FiOS, XFINITY, YouTube TV and many more.

Get to know the original "Fantasy Island" with these essential episodes

Season 3, episode 7 — "The Wedding": Rourke (series star Ricardo Montalban) gets married! Or maybe he doesn’t, if Tattoo (Hervé Villechaize) has anything to say about it.

Season 4, episode 1 — "The Devil and Mandy Breem/Instant Millionaire": Mandy (Carol Lynley) needed to save her husband (Adam West), so she sold her soul to the devil (Roddy McDowall, naturally). She’d like it back, if you please.

Season 5, episode 22 — "The Ghost’s Story/The Spoilers": Amanda Parsons (Tanya Roberts of "Charlie’s Angels") has to stay the night in a haunted house to prove she’s an expert on the subject of the occult, but she might leave with more than she anticipated.

Season 6, episode 11 — "The Songwriter/Queen of the Soaps": If you watch one episode of the original "Fantasy Island," make it this one. Susan Lucci plays a soap star desperate to stop her character, the evil Angela, from conquering her consciousness and taking control of her life. David Cassidy of "The Partridge Family," "Happy Days" star Anson Williams, and John Wesley Shipp ("The Flash") also appear.

Season 7, episode 21 — "Bojangles and the Dancer/Deuces are Wild": Actor’s actor Glynn Turman plays a man who wants nothing more than to dance like Mr. Bojangles (Sammy Davis, Jr., "Sweet Charity"), much to his wife’s (Telma Hopkins of "Trancers") chagrin. Meanwhile, Audrey and Judy Landers star as sisters Audrey and Judy Jennings, who find themselves embroiled in a whodunnit.