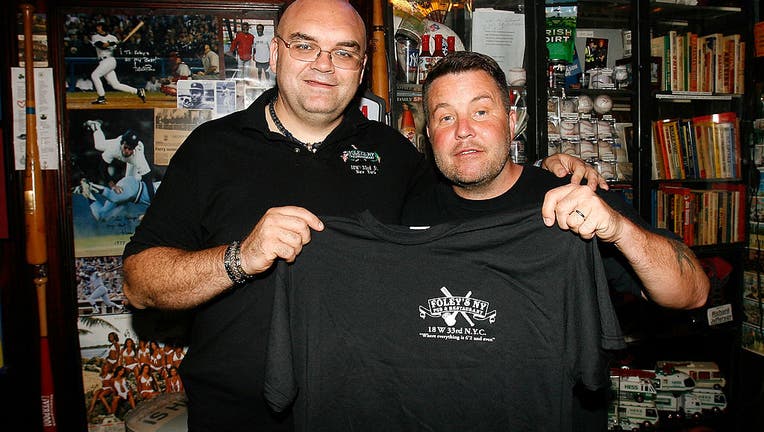 NEW YORK - The coronavirus lockdown has claimed a New York City institution.  Foley's NY, dubbed the world's greatest baseball bar, has announced it will not be able to reopen.

"Foley's won't reopen," owner Shaun Clancy said in a Twitter video on Friday.  "Just with everything that's going on, there is no way that we can see doing it."

The Irish bar is located on W. 33rd Street across from the Empire State Building in Midtown Manhattan.  The walls are filled with memorabilia, including an estimated 3,500 autographed balls.

The bar was named after legendary sportswriter Arthur "Red" Foley, a longtime official scorer for both the Mets and Yankees.

Foley's, which has attracted celebrities and tourists for nearly 20 years, has been closed since mid-March due to the coronavirus outbreak in New York City.