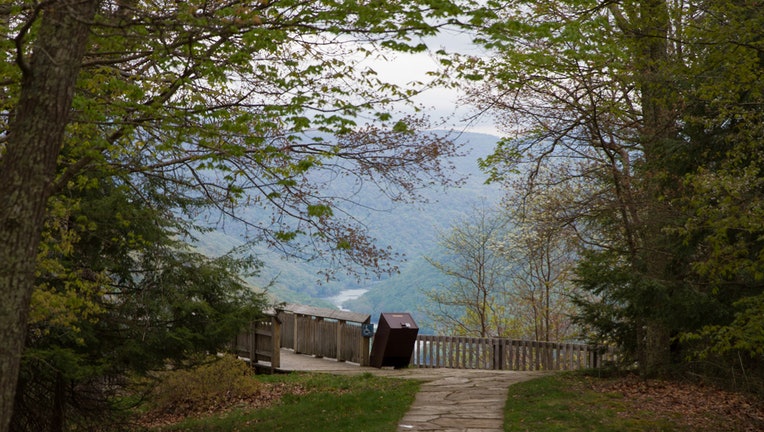 GRANDVIEW, W. Va. (AP) - A West Virginia woman and her husband faked her disappearance by pretending she plummeted from an overlook as part of a scheme to keep her out of having to go to prison, authorities said.

Authorities searched for Julie Wheeler for days but found her Tuesday "alive and well" hiding in a closet in her home.

A criminal complaint said Rodney Wheeler and his son planted items at the Grandview Overlook to fake Julie Wheeler's disappearance. It's unclear whether the son will face criminal charges.

Julie Wheeler pleaded guilty to federal health care fraud in February after an investigation into "pill mill" clinic operations. She'll be sentenced for that charge on June 17.

It's unclear whether the couple has an attorney who could comment on their behalf.