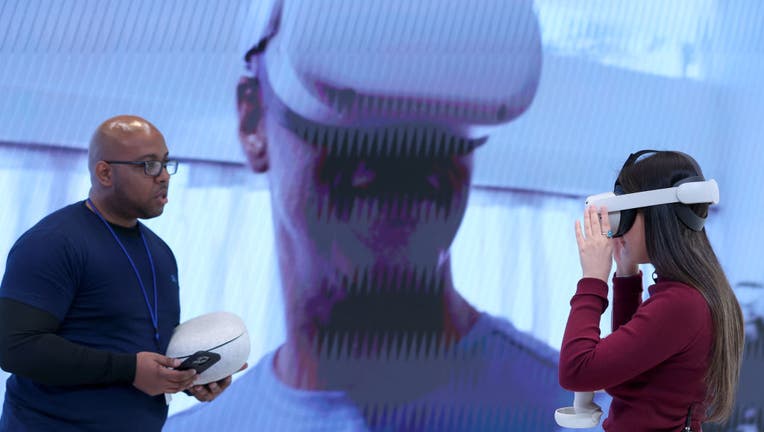 BURLINGAME, CALIFORNIA - MAY 04: Meta employee Ryan Carter (L) helps a member of the media with an Oculus virtual reality headset demonstration during a media preview of the new Meta Store on May 04, 2022 in Burlingame, California. Meta is set to ope

BURLINGAME - Facebook parent Meta has opened its first physical store — in Burlingame, California — to showcase its hardware products like virtual and augmented reality goggles and glasses.

The store, which is open to the public as of Monday, is made for people who want to test out products like Ray-Ban Stories, Meta’s AR glasses and sunglasses, along with the Portal video calling gadget and Oculus virtual reality headsets.

Shoppers still have to order the glasses from Ray-Ban but can buy the other products at the store.

"It’s a very concrete step from moving away from social media and ads that mislead people and elections and spying and data and all those things to a very physical representation of clean, classy, well-designed, cool hardware that makes you go, ah," said Omar Akhtar, research director at Altimeter, a technology investment firm. 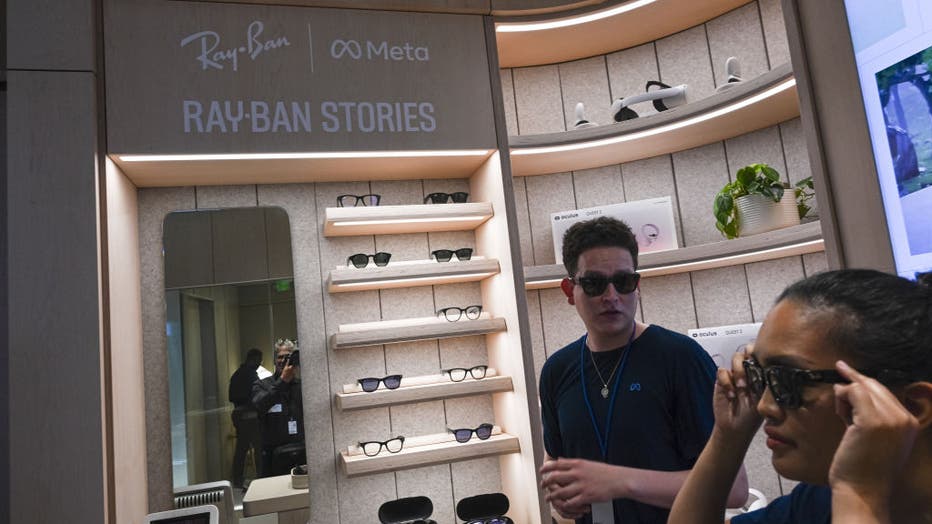 Akhtar said he "didn’t believe in virtual reality" until he sat and tried on the Oculus headset for the first time — and believes this will be the same for others who are able to put on the goggles and try it out. Apple pioneered physical retail stores in Silicon Valley and Meta, which owns Instagram and Facebook, is likely hoping it'll replicate at least some of that success.

"The truth of it is that physical things never went away and they’re never going to go away," Akhtar said. "Everybody realizes that even if we are going to step into the virtual world, we’re going to need to access it with hardware."