President Joe Biden on May 26 ordered U.S. intelligence officials to redouble their efforts to investigate the origins of COVID-19, including any possibility that the virus may have emerged from a Chinese laboratory.

SAN FRANCISCO - Facebook said Wednesday it would no longer ban posts suggesting COVID-19 is man-made amid mounting calls from President Biden and other officials for further investigation into the pandemic’s origins.

The announcement marked a reversal for the social media giant. In February, Facebook said it would remove posts claiming the virus was man-made or manufactured "following consultations with leading health organizations, including the World Health Organization" who had "debunked" the claim.

"In light of ongoing investigations into the origin of COVID-19 and in consultation with public health experts, we will no longer remove the claim that COVID-19 is man-made from our apps," a Facebook spokesperson said in a statement. "We’re continuing to work with health experts to keep pace with the evolving nature of the pandemic and regularly update our policies as new facts and trends emerge."

Politico was first to report on the policy change. 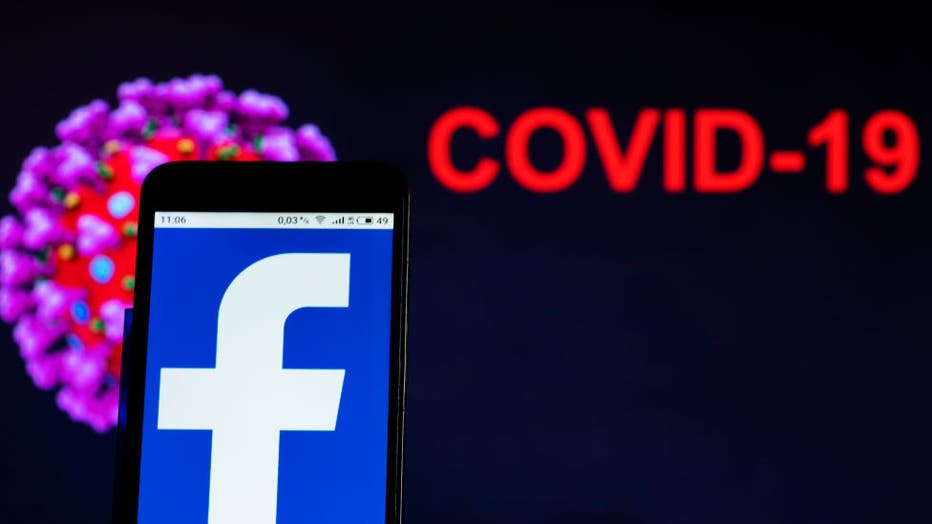 In this photo illustration, a Facebook logo seen displayed on a smartphone with a computer model of the COVID-19 coronavirus in the background. (Photo Illustration by Igor Golovniov/SOPA Images/LightRocket via Getty Images)

In a statement earlier Monday, Biden said he had directed his national security adviser to develop a report on the virus’ origins, including the possibility that it emerged after a laboratory accident, shortly after he became president. Biden said he has called on intelligence officials to present a report on their findings within 90 days.

"The United States will also keep working with like-minded partners around the world to press China to participate in a full, transparent, evidence-based international investigation and to provide access to all relevant data and evidence," Biden said.

Facebook and other social media platforms have faced pressure from both sides of the aisle regarding their COVID-19 content policies. Democratic lawmakers have pressed platforms to crack down on the spread of misinformation, while Republicans have accused the companies of stifling open debate, including discussions on the lab leak theory.