People living in Manhattan's Chelsea neighborhood say they are trying to cope with an influx of drug addicts who have turned their once lovely neighborhood into a 24-hour drug and sex den.

NEW YORK - Manhattan's Chelsea is a neighborhood known for its chic condominiums, great restaurants, and tolerant community. Now drug dealers and drug users are overrunning a part of the neighborhood and residents are paying the price.

An exclusive video obtained by FOX 5 News shows a person injecting a syringe into their arm in a basement laundry room. In yet another video another person sits casually smoking what the NYPD  said is probably meth.

These are not isolated incidents. People living on West 21st Street between 8th Avenue and 9th Avenue are trying to cope with an influx of drug addicts who have turned their once lovely neighborhood into a 24-hour drug and sex den. 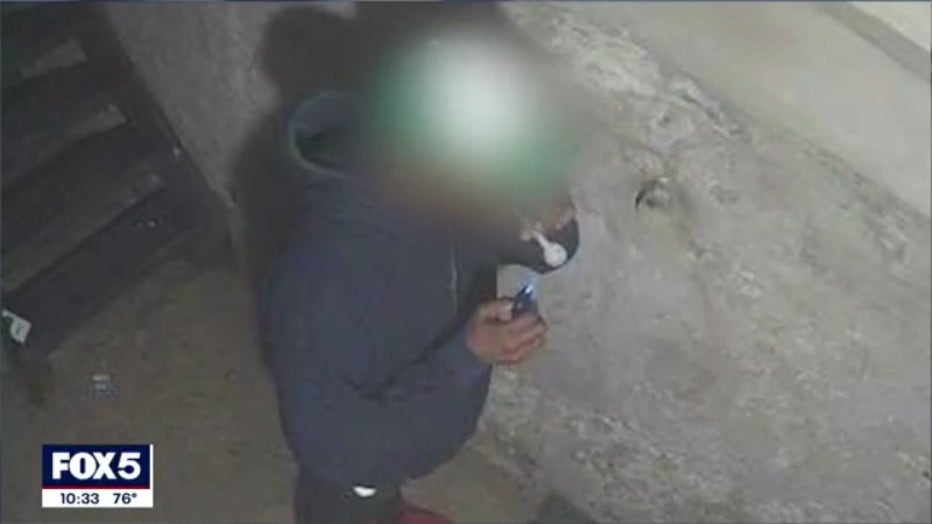 It has become the go-to destination for dealers and users. The drug of choice? Crystal meth. To make matters even worse, all of this is happening in front of a school.

FOX 5 News first went to P.S. 11 in June, where parents told us their children have seen way too much nudity, sex acts, drug use, and threatening behavior. Parents say that picking kids up from school is like a walk through Dante's Inferno.

"We have people going around the block for the past three years taking drugs, having sex in the basements, breaking in, different type of intrusions," Chloe, a resident and mother, told us. "Basically, we feel like the area is not safe for our kids."

I find needles in the street and kids are playing right here.

"What's worse is it's not just at night — it's during the day," co-op owner Vivek Batra said. "You can see people over here shooting up, smoking. I find pipes. I find needles in the street and kids are playing right here."

Residents and police tell FOX 5 News the construction scaffolding on much of West 21st Street and around the corner on 8th Avenue provides the perfect cover for illegal activity. They said that after buying heroin, crack and crystal methamphetamine on 8th Avenue, drug users then walk down West 21st Street looking for a place to get high, just like one person appeared to do right in front of FOX 5 News cameras. 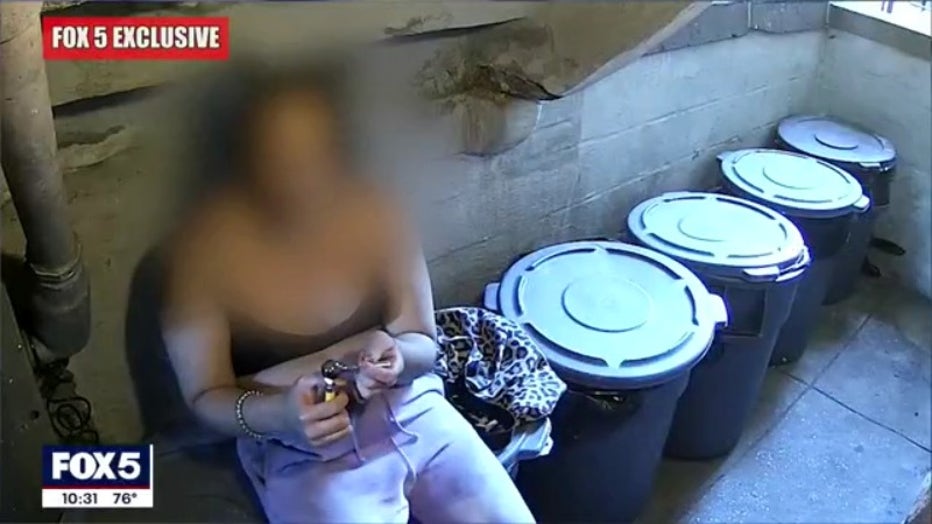 The drug use is now so rampant and dangerous that police said a 38-year-old Brooklyn man was found dead from an apparent drug overdose inside a private video booth at the Rainbow Station sex shop on 8th Avenue between 20th and 21st Streets. It is one of three adult businesses on the same block — the same location where several weeks later police arrested four men in a brutal beating.

Residents say the problem is getting worse despite their efforts to get help and increase security.

"We've put about $60,000 worth of video intercoms, magnetic locks, cameras everywhere," Batra said. "They broke into our basement multiple times."

Batra said surveillance cameras have proven to be no deterrent. One video shows an intruder breaking into the bike room and methodically taking a bike. Residents are begging the city and the NYPD to do something.

"We've been using the 311 app, which is great, we call the police — the police is very responsive. We had two break-ins, they were able to arrest the people within hours," Chloe said. "The issue that we're seeing is that in a lot of cases, they're not able to detain the person. So sometimes they're not able to do the arrest that we need them to do."

FOX 5 News took the residents' concerns to NYPD Captain Robert Gault, the commanding officer of the 10th Precinct. Gault walked the neighborhood with FOX 5 News at night. Police say the core issue is the changes in the bail laws, where those arrested cannot be held behind bars. 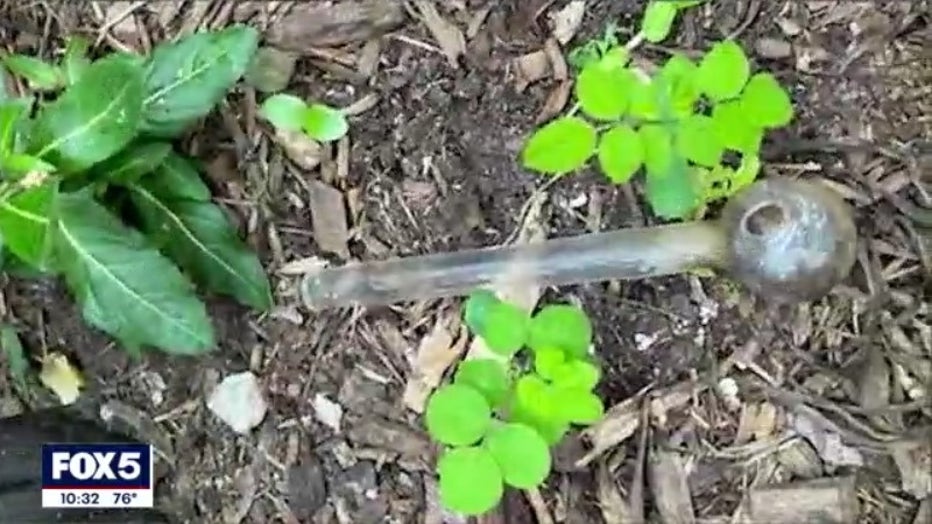 "Our patrol arrests are up 37% right now year to date, and then when you look at the narcotics arrests, also we're at a 37% increase year to date," Gault said. "So we're arresting the individuals, we're bringing them in, but what we're seeing, unfortunately, is they're right back out there and the addiction doesn't go away."

[W]e're bringing them in, but what we're seeing, unfortunately, is they're right back out there and the addiction doesn't go away.

During FOX 5's first visit in June, there was a heightened police presence from the 10th Precinct but that was only after the news crew arrived with cameras rolling.

"The police are trying to do their bit and they said their hands are tied, basically," Batra said. "All they can do is arrest them, write out a report, and they're out in minutes and they're back out here all over again."

Gault said it happens nearly every day. In fact, one man they arrested recently for drug possession had 151 previous arrests. He was issued a desk-appearance ticket and released a couple hours later. 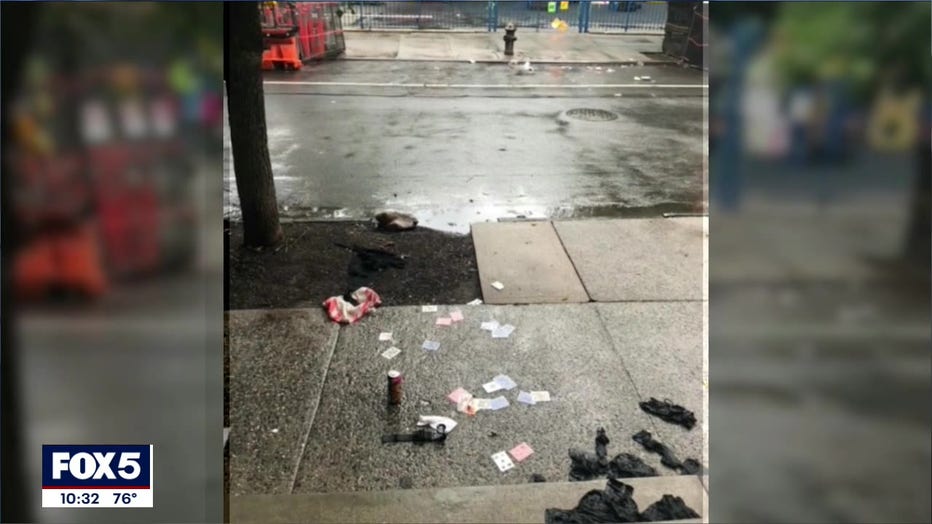 "You mention the elementary school on 21st Street — my people were out there today, they arrested a recidivist with a lengthy criminal history, brought her in — this is an individual, she was in possession, she was observed smoking crystal meth under the scaffolding next to a school," Gault said. "She was brought in, and as per the law, she qualified for a desk-appearance ticket and she was right out of the station house a couple hours later."

Another big concern for residents is the increase in intimidation and physical threats. It has gotten so bad that sometimes they can't even get through their own front door. Laurie, a bartender whose shift ends late at night and has lived here for 44 years, told me enough is enough and she is moving out.

"I would come home between 4 and 5 in the morning and they would be on my front stoop and I would be horrified, 'How am I going to get upstairs?'" she said. "They were doing drugs, they were tweaking, they were shooting up in their toes and smoking crack."

I had someone pull a knife on me last week.

"They get aggressive and say, 'We'll cut you, we've got a knife,' I had someone pull a knife on me last week," Batra said. "I was gardening here and tried to chase someone away who was urinating on a car and this person pulled a knife on me. I had to call the police and back away."

How long does he think he can put up with this?

"Not much longer. I've already started thinking of selling my apartment," Batra said. "And a lot of people, actually, in this area have been talking about that."

Residents said what they really want is for people in crisis to get the help they need, and for police to have the power to keep lawbreakers off the streets. 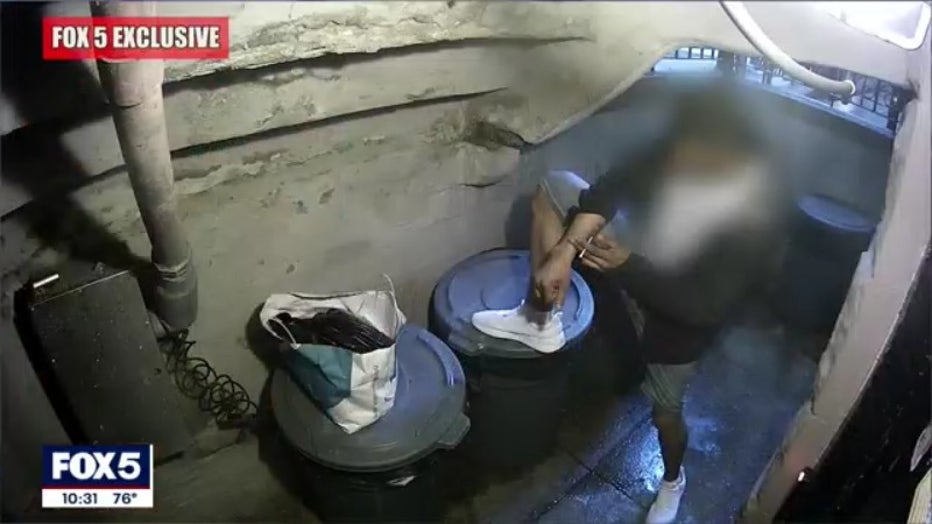