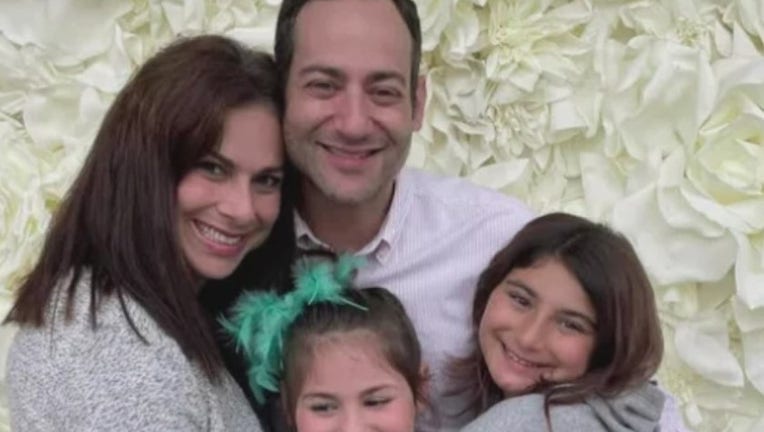 Sid Wolf is seen with his family in a GoFundMe campaign photo.

An ex-adviser to former New York Gov. Andrew Cuomo was killed in a crash after police say a Lyft driver ordered him out of the car in the middle of a Delaware highway.

43-year-old Sidney Wolf lived in Clarksburg, Maryland with his wife and two children.

Wolf and five others hired a Lyft driver to pick them up in Dewey Beach and take them to nearby Bethany Beach, according to the police report. Along the ride, there was some sort of disagreement between the Lyft driver and the passengers.

Then, police say, the Lyft driver stopped in the middle of the southbound left lane and demanded the group exit the vehicle. A Toyota Corolla, also traveling southbound, moved lanes to avoid hitting the stopped Lyft. But that driver did not see Wolf standing in the roadway.

Wolf died on the scene and the other passengers were not injured.

The Toyota driver pulled over. However, detectives say the Lyft driver took off.

Police have identified the driver, but say they will not release that person's name unless they are charged. At this time, police say no charges have been filed.

Investigators say that the driver has been cooperative with them during the investigation.

A Lyft spokesperson released the following statement to FOX 5 DC:

"We are heartbroken by this incident. Our hearts are with the victim's loved ones during this incredibly difficult time, and we’ve reached out to the ride requester to offer our support. We are in contact with law enforcement and will assist them however we can."

In an emailed statement to FOX 5 DC, the Wolf/Greenbaum family wrote:

"This is an extremely difficult time for our family. The level of shock and pain we feel right now cannot be measured as we continue to grieve.  We truly appreciate the outpouring of love and support we’ve received and kindly request that the family’s privacy is respected as we move through this process."

Wolf had been a senior policy advisor for Cuomo in Washington, D.C., the Albany Times-Union reported. Cuomo spokesperson Richard Azzopardi told the newspaper that Wolf was "always smart, nice, prepared."

Cuomo tweeted that he was shocked and saddened by the news, calling Wolf "a phenomenal public servant who worked relentlessly for the betterment of all NY’ers."

A GoFundMe page created for the Wolf’s family described Wolf as a "great husband, father, friend and neighbor" to many. "Sid always had a smile on his face," the description reads.

FOX 5 DC and the Associated Press contributed to this report.