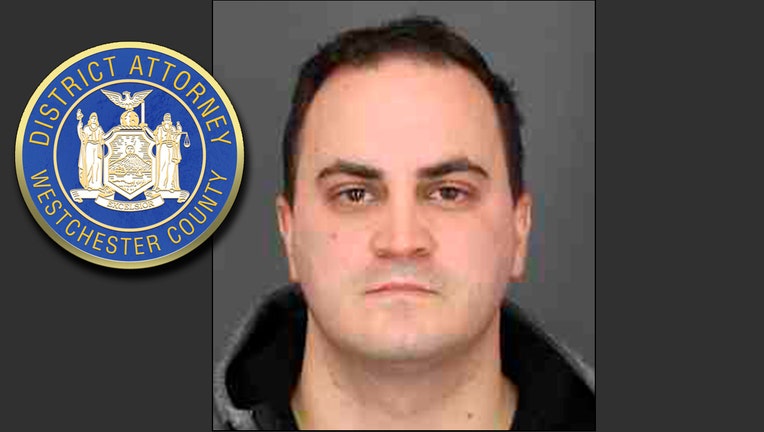 WESTCHESTER COUNTY, N.Y. - An ex-police officer in Westchester County who admitted to sexually abusing, stalking, and coercing a woman while he was on duty is going to prison for less than half the amount of time that prosecutors asked for.

A judge on Thursday sentenced former Peekskill Police Officer Michael Agovino to seven years in state prison and 15 years of supervision after he is released. Agovino is also required to register as a sex offender.

The Westchester County district attorney had asked the judge to send Agovino — who pleaded guilty to a 20-count indictment — to 15 years behind bars.

"Michael Agovino egregiously violated the trust of the Peekskill community, grossly abused his position of authority as a police officer, and violated his oath of office," District Attorney Miriam Rocah said in a statement. "While we are disappointed that the Court's sentence did not meet our recommendation, Michael Agovino is going to prison. We hope this case sends a message that no one is above the Law."

Authorities arrested Agovino in February 2020 after the victim came forward with an audio recording she'd made of an encounter they'd had in January.

An investigation revealed that Agovino had come to her home at least five times dating back to summer 2019 under the false pretense that he was investigating her for allegedly stealing money. He threatened to arrest her unless she took off her clothes and performed sexual acts.

But prosecutors said there was no evidence that the woman had actually committed a crime.

"Fearful of his authority, the fact that he was armed and that he might hurt her," she removed her clothes, and he groped her breasts, a criminal complaint said about their first encounter.

The mayor at the time called the case "an embarrassment to our police department and our entire city.

The Peekskill Police Department suspended Agovino after his arrest. He resigned last year.

In a statement to the court, the victim said Agovino took advantage of her fear of his position of authority.

"I had to move out of my home and start over because it wasn't a home anymore. Your actions took me from my hometown where I came from after 49 years," the victim said, according to a release from the DA's office. "I was even pulling out my own hair and at one point, I even thought about taking my own life."

Rocah called the victim "extremely brave" for coming forward and fighting to "hold her abuser accountable."