A pregnant woman and a man were killed in a shooting inside a home in Staten Island. Another woman was wounded. Police have a suspect in custody.

NEW YORK (AP) - A man once convicted of manslaughter has been arrested on murder charges in a shooting on Staten Island that left a pregnant woman and her boyfriend dead and another woman injured, authorities said Tuesday.

Philip Moreno, 45, was taken into custody after he was seen leaving the scene with a handgun, the New York Police Department said. The shooting was Monday, and charges were announced Tuesday morning.

"We're still investigating what happened inside that house that led to this tragedy," Fonte said.

Police said officers responded to a home in Staten Island's Mariners Harbor neighborhood around 5 p.m. on a report of gunshots.

They found Ana DeSousa, 33, and Alafia Rodriguez, 46, dead and a 43-year-old woman shot in the back.

Authorities have not released the name of the injured woman. She was taken to a hospital in serious condition, police said.

A 2-year-old was not injured, SiLive.com reported.

At age 19, Moreno pleaded guilty to manslaughter in the shooting of a 22-year-old man in 1992 at a Staten Island public housing complex a few hundred feet from the scene of Monday's killings.

Moreno spent more than 13 years in prison, records show. He returned to prison about a year after his release, serving an additional nine years for drug and weapon possession.

He was paroled in May 2017 and was under supervision at the time of his latest arrest, records show. 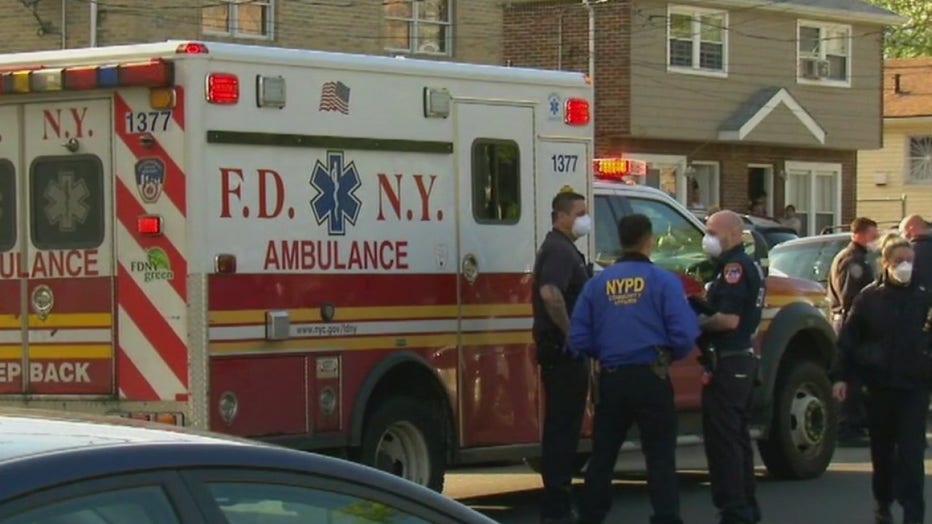