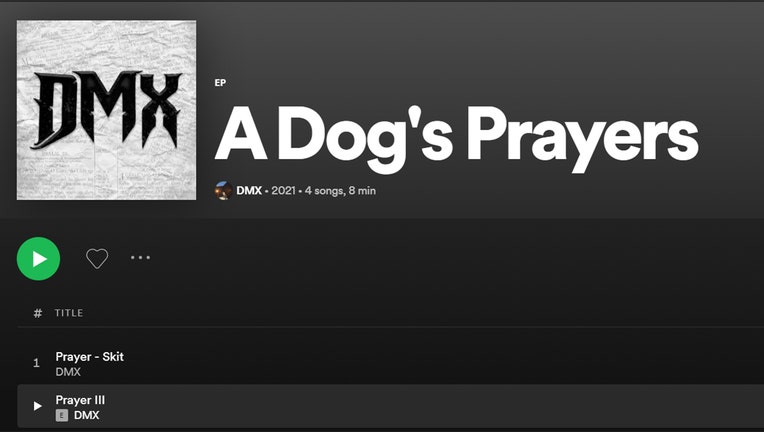 NEW YORK - An EP of some of DMX's "Prayer" tracks has been released on streaming platforms including Spotify, as the rapper remains on life support.

The tracks, released by Def Jam Recordings, are a mix of spoken word and music that have appeared on DMX's albums over the years.

The compilation comes as DMX, whose real name is Earl Simmons, is reportedly nearing the end of his life.

His long-time manager and close friend, Craig Brodhead, said he is not expected to live past Friday.