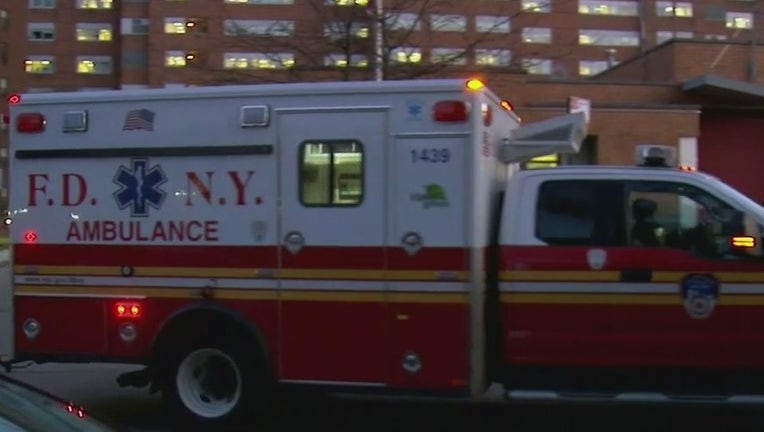 An FDNY ambulance is seen on the streets of New York City. (File)

NEW YORK - An EMS crew was apparently lured to a Brooklyn location with a bogus call for help in order to be robbed.

It took place in Brownsville on Monday night.  The FDNY says it happened at approximately 11 p.m. at 365 Sackman Street.

A unit responded to a 911 call that turned out to be fake.  When they got there they were met at gunpoint.

The crew had various equipment and their radios stolen but the FDNY tells FOX 5 News that "thankfully no injuries."

The NYPD is investigating but there were no descriptions of the suspects.  It was unclear how many people were involved in the robbery.

Mayor Bill de Blasio and First Lady Chirlane McCray announced a pilot program for how the city responds to mental health calls to 911.