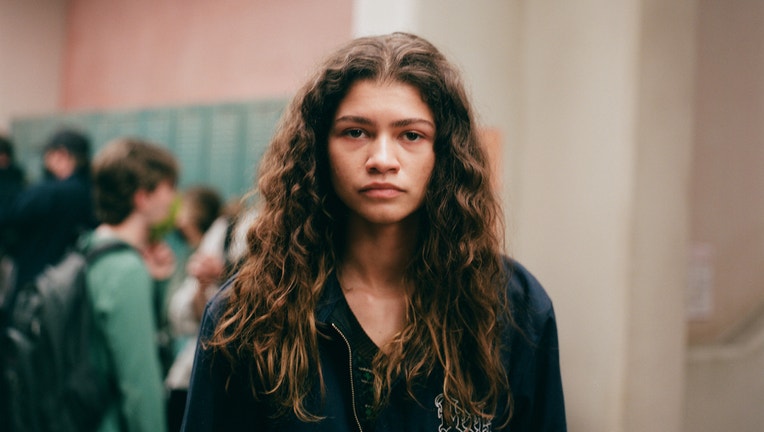 Los Angeles - On Monday, Sep. 12, the 74th Primetime Emmy Awards will honor the best and brightest of the current TV landscape. Ahead of television’s biggest night, FOX Digital is taking a deep-dive into some of the shows that shaped the 2021-2022 season. Here author and professor Victor P. Corona examines the wide-reaching cultural impact of HBO’s stylish teen drama "Euphoria," which earned 16 Emmy and Creative Arts Emmy nominations, including nods for cinematography, costuming, hairstyling, makeup and music. It also scored nominations for actors Zendaya, Sydney Sweeney, Colman Domingo and Martha Kelly, as well as for Outstanding Drama Series.

On a cool July night in Hollywood, CA, the dance floor at nightlife hotspot Boardner’s filled with young people sporting vibrant shades of eye shadow and shimmering face jewels, their cheeks and arms smeared with colorful glitter. As a mix of hip hop and pop tracks pounded through the club, they bobbed and swayed at an 18-plus gathering themed around the hit show "Euphoria," HBO’s angsty dive into teenage realms of sex, mental illness and drug and alcohol abuse. The ensemble show centers on the journey through addiction and recovery — and back again — of Rue (Zendaya, who won an Emmy in 2021 for her role and racked up multiple 2022 Emmy nods for her work both on-camera and behind the scenes).

For his first "Euphoria" party at Boardner’s in April 2022 (timed to coincide with Coachella), promoter and DJ William Reed had low expectations for turn-out. To his surprise, the club was packed with 800 people and had a line outside the entire night. "It was the busiest night that we’ve ever had," Reed told FOX Television Stations.

In cultivating this kind of gathering, Reed isn’t alone. "Euphoria"-themed parties have also been thrown at a warehouse in downtown Los Angeles and in New York and Washington, D.C. These parties reveal the extent to which the Sam Levinson-created series has achieved something that TV shows and movies yearn to produce: a loyal fandom. In this case, however, it’s one unattached to grand superhero franchises like Marvel or DC but rather a TV series built around tales of profound distress.

WATCH FREE ON TUBI: Zendaya in family-friendly comedy "Zapped" — get the app

The look of "Euphoria"

A movement of devotees also needs a look, though, and "Euphoria" supplies that, too — something Emmy voters have also noted, awarding the makeup team with a statuette in 2020. The show’s moody palettes show up everywhere from day-looks at art fairs to the popular photo editing app Prequel, which includes a set of "Euphoria"-themed filters that smear sparkle-accented swirls of purple, pink and lavender hues on your selfies. At Reed’s party, plenty of attendees showed up wearing looks inspired by characters like Cassie (2022 Emmy nominee Sydney Sweeney), Maddy (Alexa Demie) and Jules (Hunter Schaefer) — aesthetic homages reminiscent of the superhero cosplay seen at San Diego Comic-Con and other such fan-centric events. 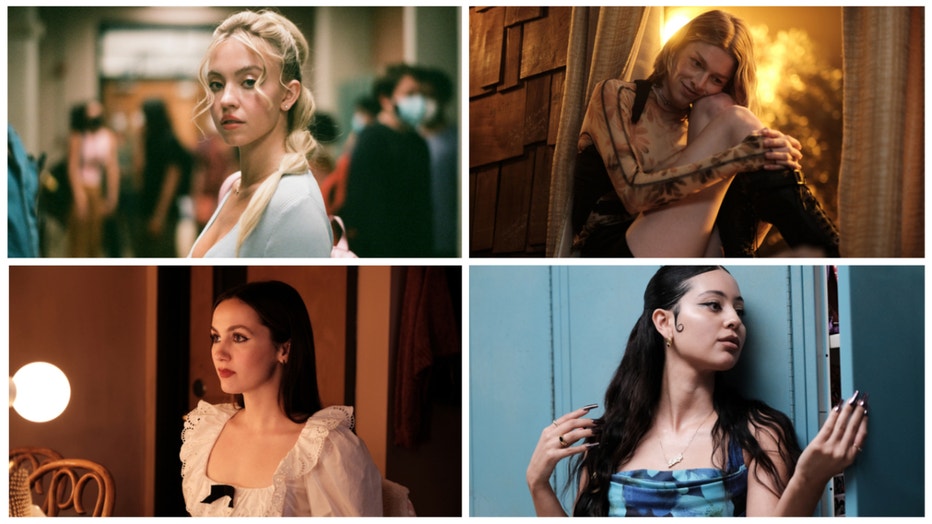 The "Euphoria" effect is clearly visible to fashion industry insiders. Meghan Blalock, a former copy lead at JustFab, a fashion accessories brand in Los Angeles, noticed that the trends popularized by the series have trickled into the workplace. "Even during a daytime work shift in the office, I’ve seen hot pink eyeliner," she told FOX Television Stations. "Without something mainstream like ‘Euphoria’ that puts that in people’s lives and opens their minds to that as something they could do, maybe they wouldn’t feel comfortable doing it at the office."

WATCH FREE ON TUBI: Sydney Sweeney in LGBT drama "Clementine" — get the app

Katherine Lloyd worked as a make-up artist in New York for 10 years before co-founding the talent management agency KB Creative. She credits the "Euphoria" make-up and costume teams with inspiring entire "fashion and aesthetic movements" reflected among her Brooklyn neighbors. "I call Bushwick ‘Euphoria High,’" she noted.

Lloyd also applauded the mix of influences incorporated into the characters’ colors. "What I see when I look at this make-up are these incredible references," she explained, citing "’90s raver, subtle minimalism from the early aughts, Club Kid or theatrical looks."

Blalock also detected the particular reference to the New York Club Kids, who brought outrageous and gender-blurring DIY looks to nightlife during the late ’80s and early ’90s. "You could argue that ‘Euphoria’ wouldn’t exist if it weren’t for the whole Club Kid scene," she argued. "‘Euphoria’ takes that same idea of [club kid] extremism and it makes it into something mainstream and consumable and beautiful-looking."

WATCH FREE ON TUBI: K-Pop stars grab their makeup and hit the road in reality series "Unnie’s Beauty Carpool" — get the app

Ernie Glam was an original Club Kid who co-edited the movement’s magazine, "Project X," and has since started his own nightlife fashion brand in New York called Attention Shifter. He agreed with Blalock’s observations and added his approval of "Euphoria" looks. "How could I not like a look that I was part of helping to launch?" Glam asked. "Anytime people are decorating themselves in some non-bland, non-boring way, it’s something to celebrate."

For Glam, the show’s ties to subcultural looks were obvious. "I totally see a Club Kid aesthetic," he noted. "Every subculture becomes appropriated by mainstream culture, by the fashion industry. I’m not surprised that we see Club Kid looks on ‘Euphoria’ because that’s what happens to any subculture."

Perhaps the clearest aesthetic signature of the show is bright, meticulously drawn eye shadow. Show favorite Maddy, played by Alexa Demie, has amassed a cult following for her unabashed celebration of herself and bountiful use of face gems reminiscent of rave and Club Kid subcultures. "Euphoria" make-up designer Donni Davy even launched her own make-up line that includes the vibrant tones she popularized on the show and the "tiny rhinies," or miniature rhinestones, that became part of Maddy’s signature look. 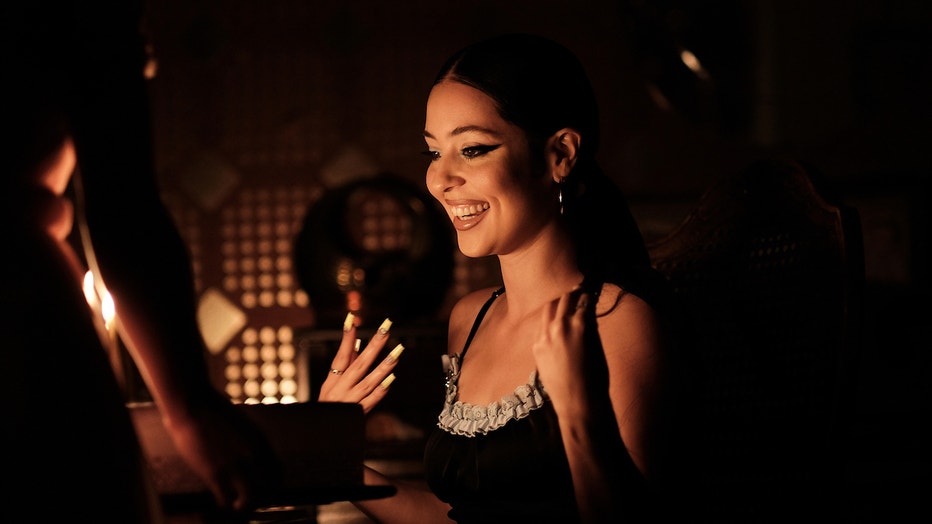 The show’s distinct looks had a clear impact on Mariana Franco, a freelance video editor in Los Angeles. "I actually started wearing crazy eyeliner because of the show. The aesthetic really stuck with me. It kind of got me into more heavy make-up," she recalled.

But in addition to the surreal and glittery aesthetics, the show’s relatability also struck a chord with Franco. As she told FOX Television Stations, "I feel like the whole reason my generation is so enthralled with this series is just that we’re dealing with a lot of trauma in our lives. Just Rue going through this journey of trying to heal herself and trying to cope with all these traumatic things that have happened to her, I relate to that and I feel like a lot of people do."

"Euphoria": "An experience for you and your closest friends" 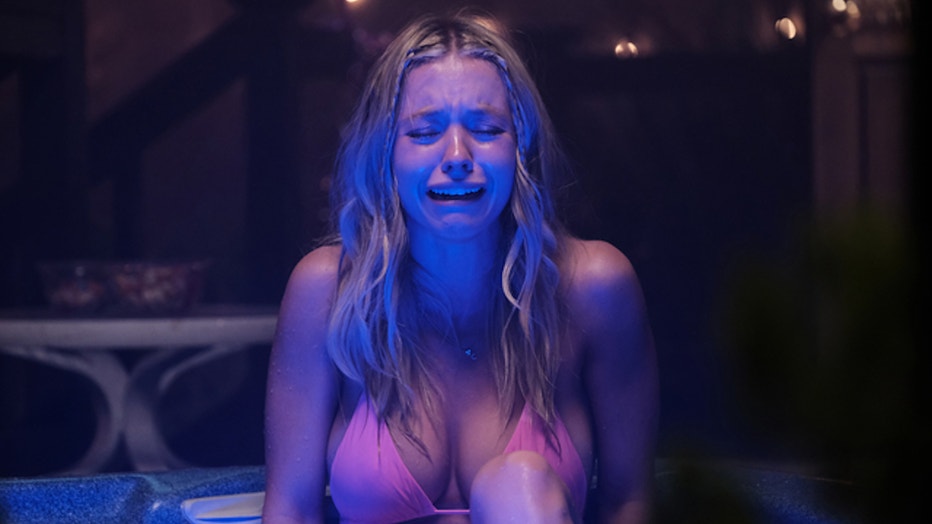 Gabriel Sampedro, a recent college graduate, took issue with the show’s portrayal of nudity. "I remember wondering what really separates some scenes from ‘Euphoria’ from actual pornography," he explained. "For me, it’s not only about the content that’s shown, but also the length of these scenes."

Still, Sampedro felt a social pull toward watching the show. As he noted, "I will still credit the show with capitalizing on personal relationships because despite the uneasiness of watching the show, there’s something to be said about watching this level of explicit content with people you’re really close with. This show [is] an experience for you and your closest friends."

Analysts see this collective experience as key to the show’s deeper resonance with fans. Owen Eagan, a senior lecturer at Emerson College in Boston, conducts marketing research and wrote a book titled "Oscar Buzz and the Influence of Word of Mouth on Movie Success." He observed, "Word of mouth is the most effective form of marketing because the diffusion of new ideas, products and services is mostly a social process."

Eagan also pointed to the show’s realistic reflection of contemporary anxieties, telling FOX Television Stations, "I believe that the show’s success is mostly attributed to the fact that it reflects the zeitgeist, especially that of Generation Z. It also includes a broad array of characters whose stories are not often represented."

Among those stories are those of drug use and abuse — another throughline linking the characters to the world of the ’90s Club Kids. This was another element drawing fans like Blalock to the show. "Addiction is just part of my journey," she told FOX Television Stations. "Binging, overdoing, turning to substances as a way of escaping or chasing down that feeling of euphoria — literally, that’s what it is." 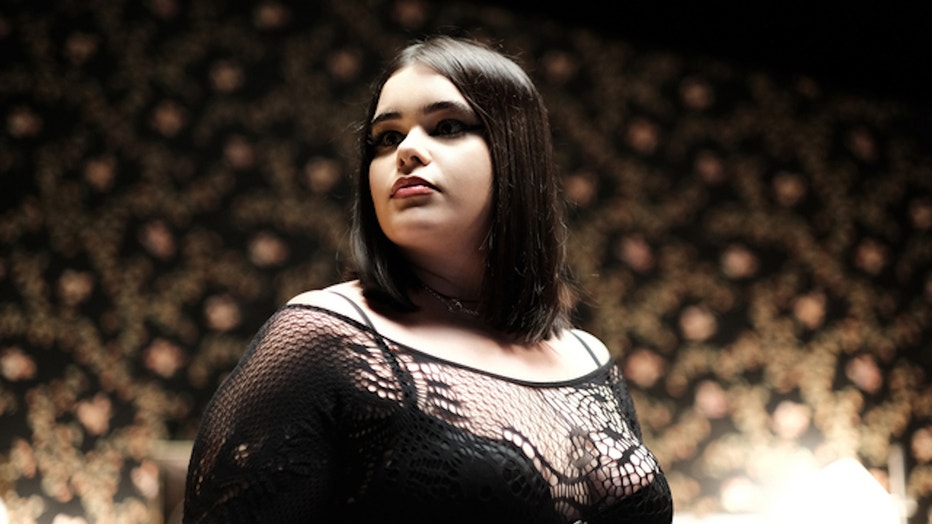 Some scientists have explored this chase in their research. Dr. Michelle Kaufman, a social psychologist at the Johns Hopkins Bloomberg School of Public Health, co-authored a study of Reddit users’ reactions to the show. Her article, published in the journal "Drug and Alcohol Dependence," found that, "While Redditors often commented they were sad they were able to relate to specific scenes or that it was challenging to watch the show, they praised the way drug use was accurately depicted."

Kaufman told FOX Television Stations that her findings did not surprise her, adding, "The show imitates life in a lot of ways, the experiences of young people and some of the struggles they go through." Still, these depictions weren’t filtered through sanitizing lenses. She added, "I wouldn’t say that it’s glamorizing substance use and mental distress because it shows how messy and complicated and destructive those things can be."

Back at the Boardner’s party, the darker side of substance use seemed far away, while the aesthetic markers of the show were all vividly represented: a Maddy-inspired look here, a Jules outfit there. Groups of teens stopped to offer compliments of each other’s looks, pose for selfies together and scream along to their favorite dance tracks. These exuberant moods would likely not be their dispositions while watching a typical "Euphoria" episode. But in this fandom, the real-life battles that might consume the teens’ everyday lives — and which might be reflected in the grim stories of their favorite characters —could be bracketed in favor of some escapist whimsy. The night was all about colorful fantasy, dancing and a lot of eyeliner.

About the writer: Victor P. Corona is author of Lambda Award finalist Night Class: A Downtown Memoir (Soft Skull, 2017) and currently a visiting professor in the Sociology Field Group at Pitzer College. Born in Mexico City, he earned a B.A. at Yale and Ph.D. at Columbia, both in sociology.

Your next TV binge watch: "The Fall," streaming free on Tubi

The Fall (2013-2016): Gillian Anderson and Jamie Dornan lead this detective series about a brutal serial killer operating in Belfast, Ireland. She’s Superintendent Stella Gibson and he’s Paul Spector, a seemingly respectable family man with a murderous secret. The point here isn’t to figure out who did the crime, but why Paul feels an impulse to torture and kill. With its psychological angle and exploration of doubling and mirror images, "The Fall" is a brooding, slow-burn series perfect for a binge watch. Rated TV-MA. Three seasons, 17 episodes. Also featuring Aisling Franciosi, John Lynch, Niamh McGrady.

"The Fall" is streaming free on Tubi — get the app

How to watch "Euphoria"

Both seasons of "Euphoria" are currently streaming on HBO Max, as are its two 2020 specials — and if you’re watching the series, the specials are mandatory viewing (and should be watched between seasons one and two).