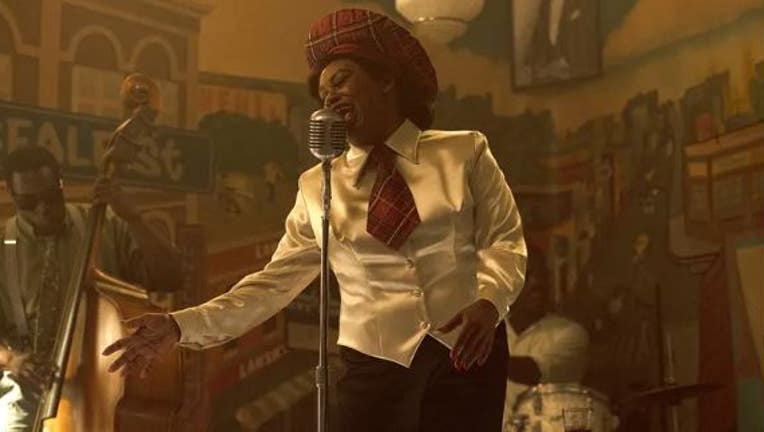 "Elvis" actress Shonka Dukureh, who played Big Mama Thorton in the film, was found dead Thursday in a bedroom at her apartment in Nashville, police confirmed. She was 44.

The Metro Nashville Police Department said there were no signs of foul play. Autopsy results are pending from the medical examiner.

Dukureh, a Fisk University graduate and Nashville singer, shared the apartment with her two young children, police said. One of the children found her unresponsive and went to the apartment of a neighbor, who called 911 shortly before 9:30 a.m., police said.

The "Elvis" actress had a theater degree from Fisk and graduated from Trevecca Nazarene with an education degree, WPLN-FM reported.

In an interview with the station earlier this month, Dukureh revealed she’s been singing in Nashville churches since she was young and is known as one of the best in town.

In addition, she revealed she taught second grade for a period of time and then worked with inner city youth through after-school and summer programs.

Dukureh also shared the stage at Coachella this year with rapper Doja Cat.

RELATED: Graceland celebrates 40th anniversary of opening to the public — here's a look at its history

"My deepest condolences to the family of Shonka Dukureh. Shonka graduated from @Fisk1866 and called Nashville home for many years," Nashville Mayor John Cooper tweeted.

Davidson County in Tennessee also paid tribute to the late actress saying, "Her powerful voice and artistry will live on through her music, and we honor her memory on this sad day."