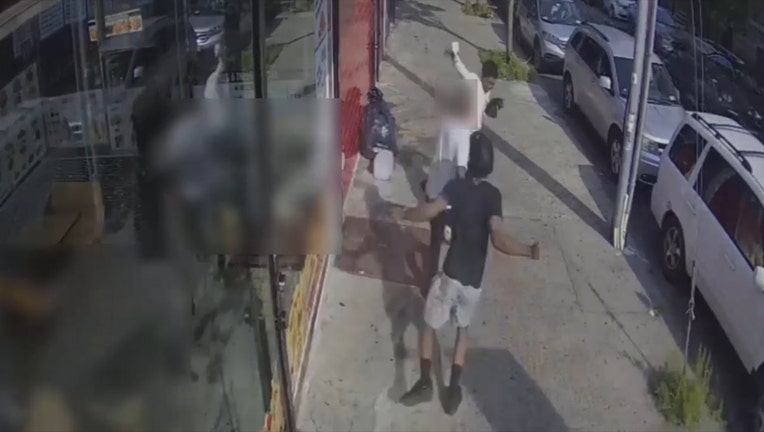 NEW YORK - A 67-year-old Bronx store owner was knocked unconscious as he attempted to stop two shoplifters at his store on Thursday afternoon.

The NYPD says it happened about 5 p.m. at 934 Morris Ave on a block of small businesses in Concourse Village.

The two unidentified shoplifters grabbed items from the store.

When the store owner attempted to stop them, they punched and kicked the man across his body.

He was knocked to the ground, causing him to strike his head. The man sustained a serious physical injury to his head.

EMS rushed him to Lincoln Hospital.  His current condition is unknown.

The New York City Police Department released a video of the attack in hopes that someone would be able to identify them.

Video below.  Warning:  Some people may find this video disturbing.

A 67-year-old store owner was injured trying to stop shoplifters.